Here are the collections you need to see...
January 24, 2019
Meeran Mekkaoui 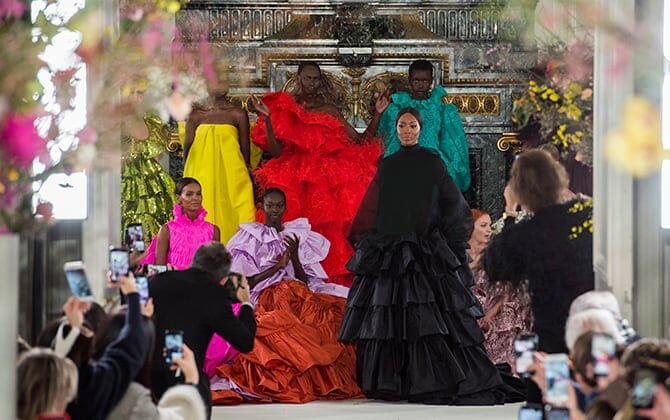 Not one, but two, celebrated Lebanese designers were amongst those who took their latest Haute Couture collections to the runway yesterday...

And so the string of coveted labels showcasing their Spring/Summer ’19 couture creations continues at Paris Haute Couture Fashion Week.

As always, the selections were on point – as were two Lebanese designers whose showcases put them firmly on the couture map. Also, Olivier Rousteing officially made his couture debut with Balmain as the maison made its return to the calendar after a 16-year hiatus.

Take a look at our favourite collections and looks here… 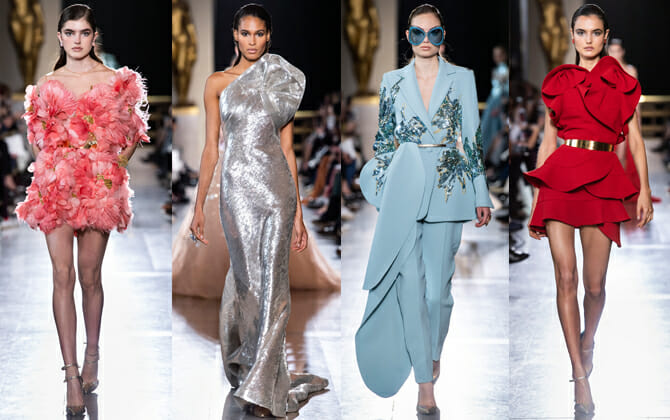 What you need to know: One of the most celebrated designers from the region just delivered another statement collection filled with red carpet-ready couture creations. With a theme that was centred around the sea and corals, the runway was filled with tailored pantsuits, beautiful gowns, organza dresses, intricate embellishments, lots of sequins and asymmetric necklines – all in an aquatic colour palette.

Seaside sunnies: Elie Saab paired some of the looks with large retro frames that evoked sea-goggles (but, more fashion, than frog…). 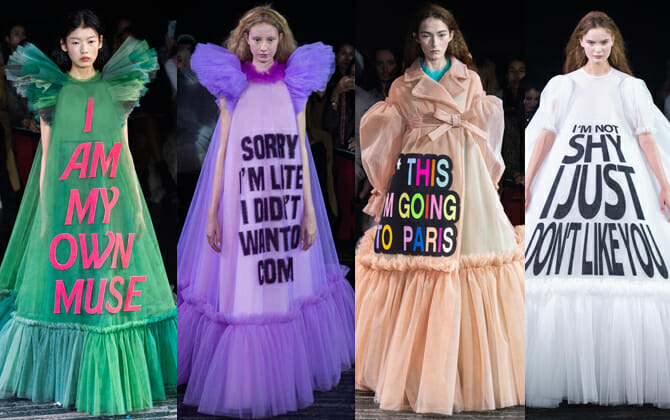 Hear it from the designers: Viktor Horsting and Rolf Snoeren explained that the messages translated on their couture creations are “the kind of message you find on social media, with the same instant feeling”, according to WWD. 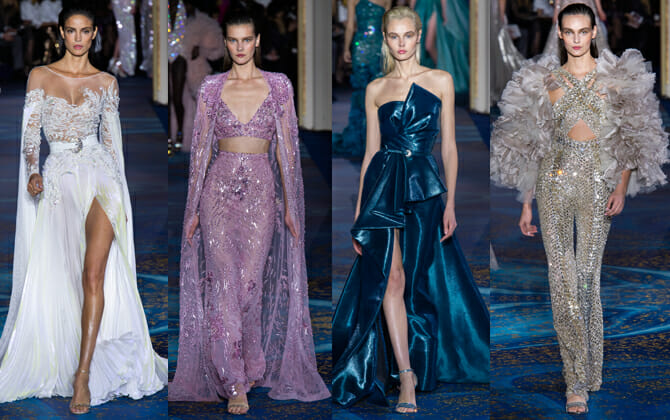 Our favourite look: Hello lavender two-piece ensemble! Not only are we obsessed with the shade, but the intricate embellishments on the maxi skirt and bralette come complete with a cape sending it straight to the top of our wish list. 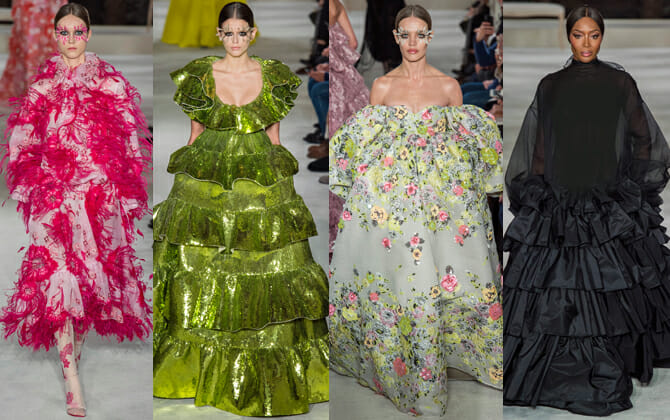 What you need to know: Pierpaolo Piccioli’s creations were beautifully crafted with bright tones and flawless craftsmanship, and every single look was a success. And as if the gowns weren’t enough for us to lust after, the beauty looks (by Pat McGrath) saw the models’ eyelashes framed with petals — transforming them into the flower fairies we want to be. The whole spectacle was so beautiful that even Celine Dion shed a few tears (head to our Instastories for proof).

Model of the moment: Naomi Campbell closed the show, marking her return to the Valentino couture runway after 14 years, wearing a fairly transparent black gown designed by Pierpaolo Piccioli. 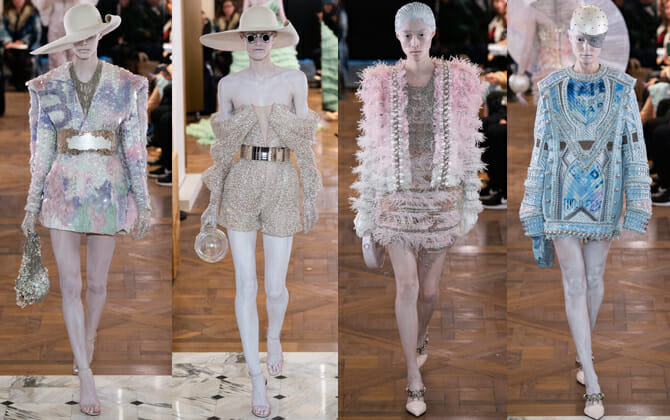 What you need to know: When we found out that Olivier Rousteing was making his debut at Paris Haute Couture Fashion Week, we were all expecting embellishments, sequins and dramatic dresses. Instead, it was much more toned down but with a few futuristic elements (naturally). It was the silhouettes that grabbed our attention here at Buro. Middle East but also the application of pearls, tweed, graffiti-prints, belts, statement accessories and denim.

Did you know: Olivier Rousteing’s maximalist show marked his couture debut. Not only that, he brought the Balmain maison back onto the calendar after 16 years.