Can we please join this club?
July 9, 2018
Maddison Glendinning 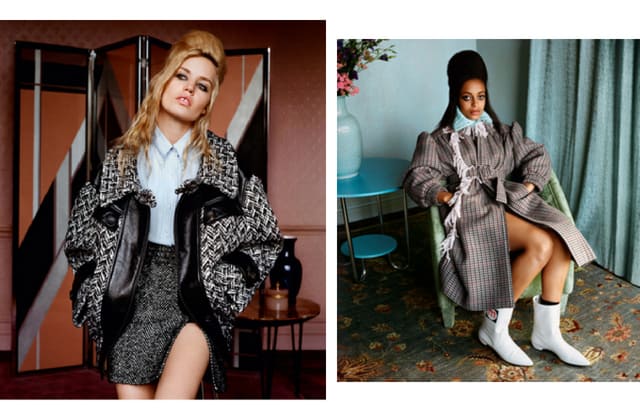 What do you get when you combine some of the coolest names in fashion with those in Hollywood? Well, in addition to a girl gang we’d most certainly like to be a part of, you also get Miu Miu‘s newest advertising campaign for Autumn/Winter 2018.

The brand has picked sisters Adwoa and Kesewa Aboah, Georgia May Jagger, Ariel Nicholson and Zoe Thaets to star in the campaign alongside longtime face of the brand Elle Fanning, as well as newcomers Rowan Blanchard and Raffey Cassidy.

Called ‘The Conversation’ the brand describes the campaign (which is shot by Alasdair McLellan) as asking the question, “Is the 2018 Miu Miu woman being beamed in from the birth of the teenager or are they tomorrow’s people?” It pictures the women in a vintage lounge room setting, with plenty of velvet accents and printed carpets, wearing the brand’s latest wares.

Discover the collection in full below…

The campaign comes off the back of the brand’s stellar Resort 2019 runway show that featured many top model and actress friends of the brand in a powerful display of fierce femininity.

Now, discover the new Miu Miu scent that’s perfect to see you through the summer season.