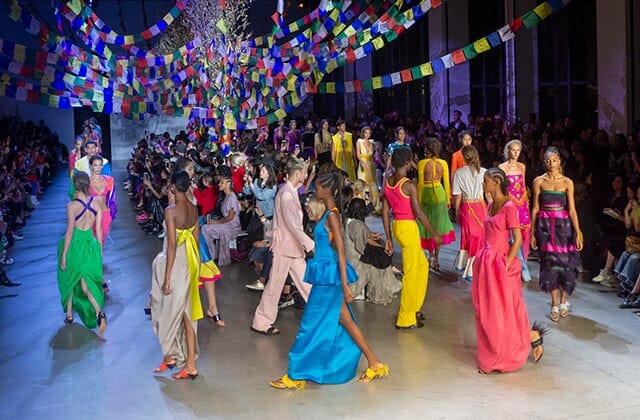 New York Fashion Week may be over but there's a good reason why the internet is still talking about it...

The fash pack are currently in Paris for the last few days of Paris Fashion Week but the action first started in New York where brands such as Ralph Lauren, Zimmermann, Noon by Noor and even Dubai-based brand All Things Mochi displayed their latest Spring/Summer ’19 collections.

Although there were plenty of noteworthy collections and shows that made headlines during New York Fashion Week, there was one relatively important topic that caught everyone’s attention — diversity. New York Fashion Week held one of its most diverse seasons yet in terms of race, size, age and even gender.

Whilst a slew of renowned designers including Prabal Gurung and Rihanna (with her Savage x Fenty line) are known for embracing diversity and including models of different backgrounds in their line-ups, there were a lot more brands that had inclusive casting this season.

According to The Fashion Spot: “Racial diversity on the runways reached an all-time high during New York Fashion Week’s Spring 2019 season. After reviewing 76 major shows and 2,203 model appearances, we found that 44.8 percent of runway castings were models of colour — that’s nearly half.”

In addition, The Fashion Spot shared even more exciting news with the “casting of plus-size talent also reached record highs. A total of 49 plus-size models (2.2 percent) walked in 12 shows in New York, a vast improvement over last season’s 27 in 8 shows (1.2 percent) and Spring 2018’s 34 in 12 shows (1.3 percent).”

Speaking of diversity, find out how Good American recently championed diversity even more than it already did.