You probably have one on your desk right now
January 16, 2019
Maddison Glendinning 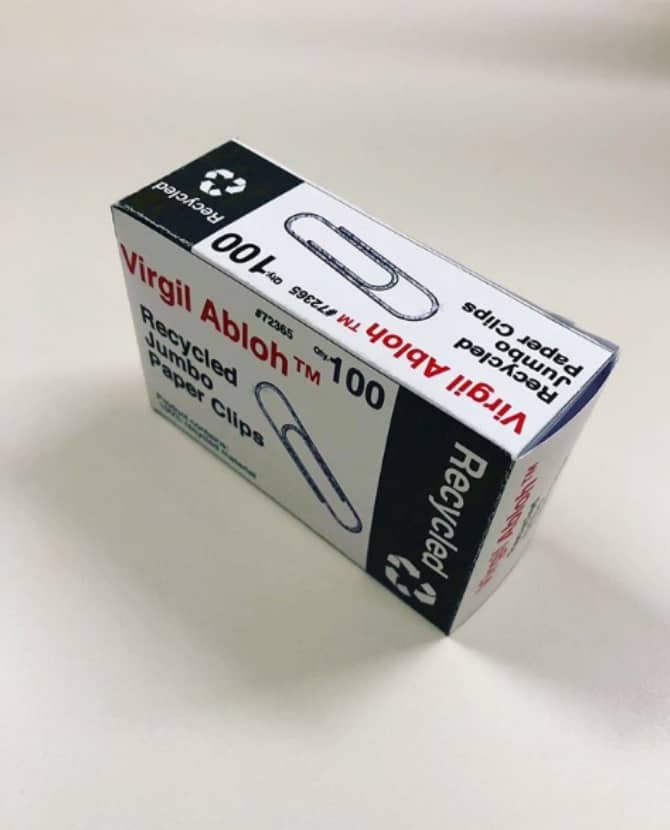 Virgil Abloh continues to be the busiest man alive with the announcement that he is launching his own jewellery line...

Chances are that if you’re sitting at a desk or are in an office environment of some kind whilst reading this, there’s a paper clip nearby. And whilst we may see it as just a simple piece of stationary, Virgil Abloh sees it as the starting point for a new collection of luxury jewellery.

The Off-White designer confirmed to WWD that he is launching his own range of jewellery inspired by the paper clip. The collection will include earrings and necklaces, as well as other pieces, designed using pavé diamonds and will be unveiled in the coming days at Paris Fashion Week in line with the brand’s upcoming F/W ’19 show, though he says the two are unrelated. “I’m previewing high jewellery that’s of my own name. It’s not associated to Off-White per se. Those will be on view for the first time. I’ve been developing [the collection] for three years,” he explained.

The news comes shortly after it was revealed that Abloh’s first designs for Louis Vuitton are selling 30 per cent faster than the brand’s collaboration with Supreme in 2018. Additionally, the collection follows the theme of the designer’s latest exclusive capsule collection for Mr Porter, titled “Modern Office.”

Interestingly however, fashion isn’t the end goal for the designer. Owning a flower shop is. “When I’m old and done, I will be in some remote town somewhere owning a flower shop. I have the concept already done. That’s what I’m into most.”

And speaking of hidden floral talents, find out more about the Duchess of Cambridge’s participation in the upcoming Chelsea Flower Show.