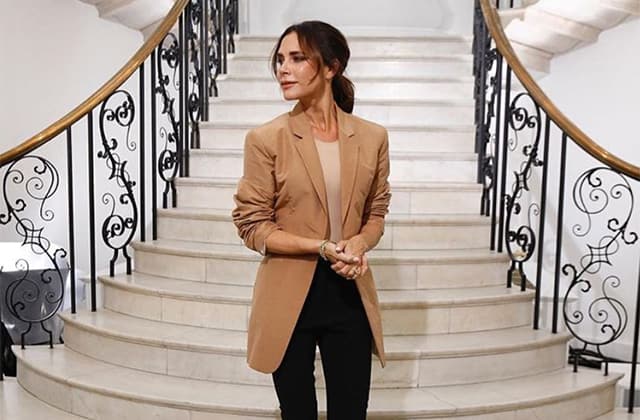 Victoria Beckham has been named as the honouree for the inaugural Fashion Icon Award...

It’s been quite a year for Victoria Beckham. Earlier this year, the designer joined the London Fashion Week schedule to celebrate her eponymous label’s 10-year anniversary. Then, she released a capsule collection with Reebok, a month before attending the royal wedding of the year.

Now, the Spice Girl can add another accolade to her portfolio.

Thanks to her ever-evolving style over the years, Beckham has been announced as the first-ever recipient of the Fashion Icon Award for this year’s E! People’s Choice Awards.

According to E! News, Executive Producer of Live Events and Executive Vice President of Marketing for E!, Jen Neal, said: “Victoria Beckham is a powerful businesswoman, fashion designer and true inspiration and voice for modern-day women. Celebrating its 10th anniversary, her brand is culturally influential across the globe and we couldn’t think of anyone better suited to receive the inaugural E! People’s Choice Awards’ Fashion Icon Award.”

In the meantime, take a look at the nominees for the 2018 Fashion Awards.