Shorter than the first but still indulgent
March 12, 2019
Georgie Bradley 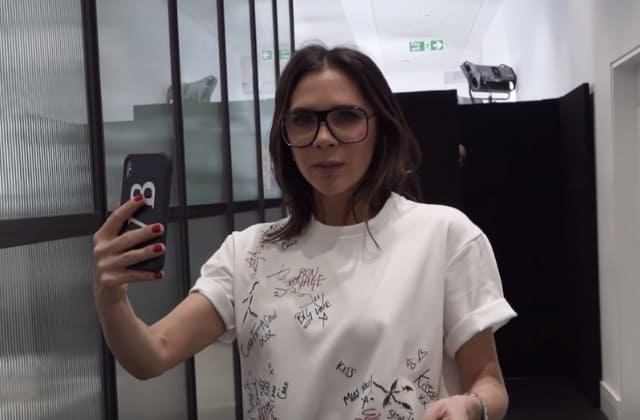 Victoria Beckham is on a roll with her new YouTube channel. Episode two has been uploaded...

Victoria Beckham has stayed true to her word. A couple of weeks ago she dropped the news that her YouTube channel would get a revamp via this tongue-in-cheek trailer. And then episode one came out last week – one half of a two-part look into the makings of her F/W’19 show.

Now, episode two came out last night. Our initial thoughts? We were kind of bummed out that it was only 2 minutes long compared to the first one which is a glorious 6 minutes, but that’s no reason to unsubscribe. It’s still very funny and insightful.

Continuing from the last episode, VB’s team are frantically at work stitching together the pieces for the show, while Beckham pops in and out different areas of her HQ, adding her finishing touch to the looks as well as some much needed humour.

Throughout the episode she shows us how she juggles work and family, making sure that “the kids got to school alright” – and then towards the end Harper Beckham makes an appearance, following her mum around the studio.

Once again, her candidness is much appreciated as she lifts the lid on the inner workings of the industry. What we deduced from this episode is how much hard work it is to put together a show. Respect.

Now, go back and watch episode one again.