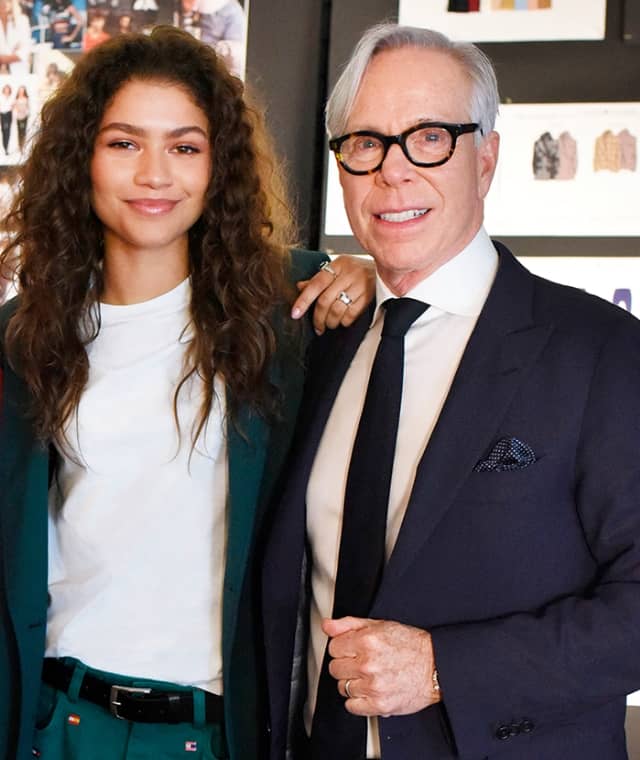 Tommy Hilfiger has finally confirmed when we'll see the result of his collaboration with Zendaya and it's coming up...

In October of last year, Tommy Hilfiger confirmed that The Greatest Showman star Zendaya as his newest Global Brand Ambassador. At the time, the designer confirmed that the actress would also co-design a collection (following in the footsteps of Gigi Hadid and Lewis Hamilton) and now the release date has been revealed.

Overnight, Hilfiger confirmed that he will stage the Tommy x Zendaya show during the upcoming Paris Fashion Week in March. The see now, buy now show will take place on March 2, according to WWD, although no location has yet been confirmed.

Tommy’s collaboration shows are renowned for being pretty major and we suspect with the City of Lights as its backdrop the forthcoming one will be no different. Commenting on the upcoming show, Hilfiger said, “For Spring 2019 we can think of no better place to premiere the first Tommy x Zendaya collaborative collection than Paris. Our innovative ‘see now, buy now’ experiential show will blend our Americana heritage, Zendaya’s confidence and optimism and the city’s iconic elements for a truly unforgettable runway event.”

As with previous shows, the look will be able to shop immediately after the show around the globe.

Until then, find out how you can help fight the plastic crisis with Loewe.