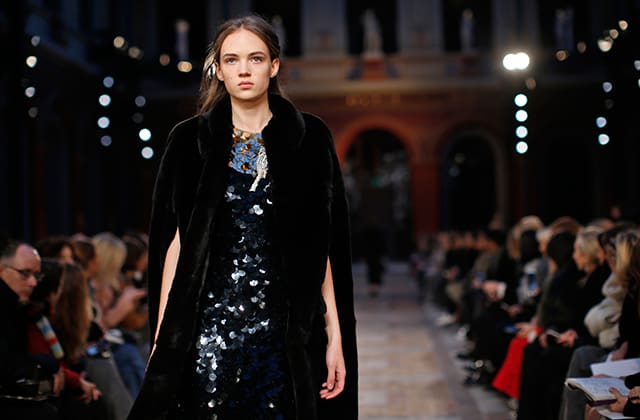 We've got the details of what to expect from Sonia Rykiel's debut couture collection later today. Find out here...

Paris Haute Couture Fashion Week officially begins today and whilst there were a lot of shakeups leading up to the week-long event, we know one thing is for certain and that is that Sonia Rykiel will be making its debut on the calendar later today.

The news first emerged over a month ago when we learned that the French fashion label had been invited by the National Fédération de la Couture et de la Mode to celebrate the brand’s 50th anniversary by presenting during couture week.

Now, we’ve got more insight into what to expect from the celebratory show and let’s just say, we’re pretty excited.

The brand’s Creative Director Julie de Libran will showcase a collection, titled ‘L’Atelier Sonia Rykiel’, which celebrates the studio workers that are responsible for making the clothes, as well as the brand’s savoire faire and the legacy brought to life by Sonia Rykiel herself (the designer sadly passed away in 2016).

Speaking about the upcoming couture range, Libran spoke to WWD and shared that the collection “will be made-to-order by appointment and made-to-measure. It is all handmade, because even if there is some use of machines, it’s manually used. There are a lot of finishings and parts that are stitched by hand, and embellishments done by hand. There are some pieces that have taken 150 hours to make. It is couture.”

Sonia Rykiel’s debut couture show will take place later today so make sure to watch this space for more details on the runway show.

Now, find out what ASOS is launching in partnership with the London College of Fashion.