A celebration of all her efforts...
August 5, 2019
Meeran Mekkaoui 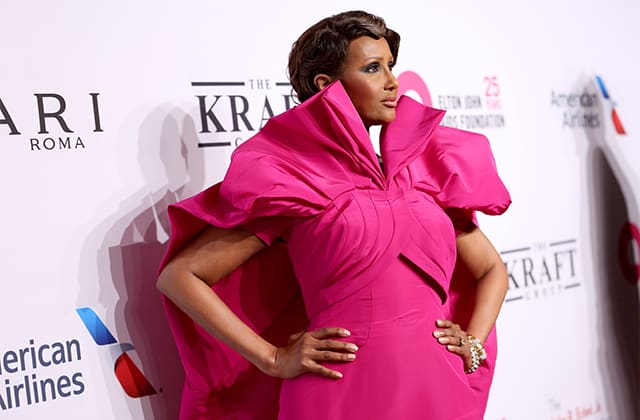 This award recognises women who stand out for both their artistic careers and their social commitments, and the next recipient couldn't be a better fit...

One of the most prominent figures in the fashion industry is Franca Sozzani. Undoubtedly an innovator who continued to push the creative boundaries of fashion, all whilst committed to positive change — both inside and outside of the industry — she has left a mark on the industry, up until the day she passed in 2016.

Since then, the industry has been honouring Sozzani as the family of the late Vogue Italia Editor established the Franca Sozzani Award.

The award recognises women who stand out for both their artistic careers and social commitments, and this year, the award will be given to Iman.

The Somali-American model, actress and entrepreneur is the third recipient of the Franca Sozzani Award, following Salma Hayek and Julianne Moore.

She’s been recognised for her career as a pioneering model in 1975, her collections designed for women with coloured skin and for her humanitarian work for The Children’s Defense Fund, Action Against Hunger and the Raise Hope For Congo campaign.

The award ceremony will take place later this month in Venice (more specifically, ahead of the 76th edition of the city’s Film Festival). Taking place at Sozzani’s favourite Belmond Hotel Cipriani, the event will be hosted by Sozzani’s son, photographer and film director Francesco Carrozzini, who said: “Iman’s work has disrupted the fashion industry in a way similar to Franca’s: bold, innovative and inclusive.” According to WWD, he continued: “Using her platform to the best of its potential, Iman’s work from lobbying the CFDA for an increase of diversity on the runway to impactful humanitarian work, displays her true passion and focus. We are truly honoured for her to accept the Franca Sozzani Award.”

Iman is set to receive the Franca Sozzani Award on August 27, 2019.

Now, find out which member from the British royal family is launching a fashion collection.