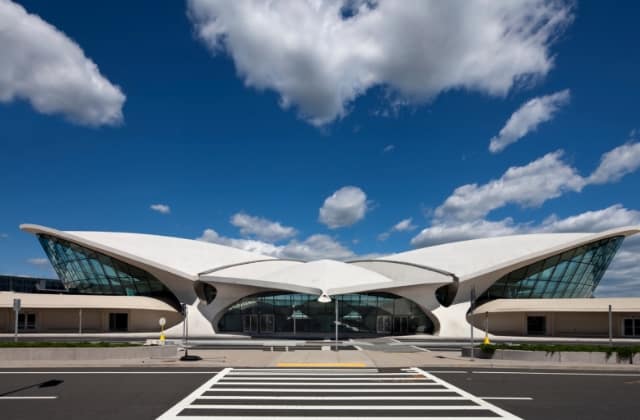 As far as show locations go, Louis Vuitton’s Cruise 2020 locale pretty much trumps them all. So we already got our invite stating it’s happening in New York this coming May, but whereabouts in the Big Apple, it was yet to be disclosed. Until now.

Those of you short on time will appreciate the fact that the collection will be presented at the TWA Flight Center at New York’s JFK Airport – which means, you can pretty much call it a ‘flying visit’ if you so wish.

Louis Vuitton’s Creative Director, Nicolas Ghesquière has a thing for interesting architecture – in previous seasons, the brand has shown its Cruise collections the world over at the Mac Niteroi in Brazil, the Bob & Dolores Hope estate in Palm Springs, Japan’s Miho Museum and the Fondation Maeght on the French Riviera. Sounds about right that New York comes next.

According to WWD, the terminal, which opened in 1962, was designed for TWA by Finnish-American architect Eero Saarinen. Known for its wing-shaped roof and tube-shaped corridors, the mid-century modern building has been closed since 2001. It will be restored soon as the centerpiece of the TWA Hotel, set to open on 15 May – and Louis Vuitton will be the first to stage an event there.

Something tells us this is gonna be a flying success…

Until then, get excited about Chloé heading to Shanghai for Resort 2020.