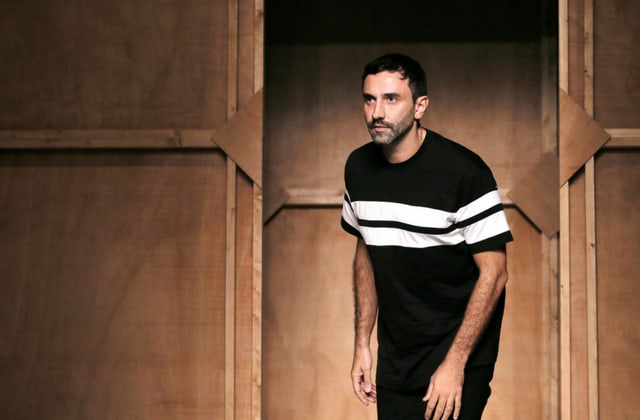 Riccardo Tisci will present his debut collection for Burberry in September but he’s already making headlines...

We’re still two months away from seeing Riccardo Tisci‘s vision for Burberry come to life on the brand’s runway in London during Fashion Week in September, however that hasn’t meant that the designer is keeping quiet until then.

Earlier this week Tisci revealed that his first collaboration for the brand would be with iconic British designer Vivienne Westwood and that the exclusive capsule collection would drop in December.

Now, it’s been revealed that the designer is also making changes to the brand’s overall retail drop strategy.

According to WWD, the brand will retain its “see now, buy now” approach – it was, after all, the first brand to adopt this new way of presenting collections to customers for purchase – but it will increase the number of drops in store. What does that mean though? Instead of making the entire collection available for purchase in September after the show, the brand will instead release smaller drops more regularly over the months that follow.

The brand confirmed the changes to the deliveries to Fashionista saying that the new strategy marks “the beginning of a new way of conversing with our customers across product, communication and experience.”

We can’t wait to see what Tisci delivers. Bring on September.

Until then, find out which brand will make its NYFW debut this season.