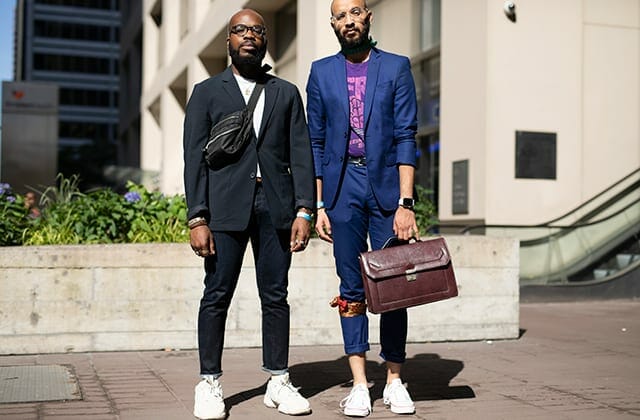 Men's New York Fashion Week has finally kicked off and street style is off to a stylish start...

The fashion calendar has been quite packed recently with Men’s Fashion Weeks already taking place in London, Milan and Paris, all of which were followed by Paris Haute Couture Fashion Week.

Whilst many are eagerly waiting for Fashion Month to kick off again in September (especially German label Escada  who will be making its debut during NYFW), you don’t have to wait much longer for any street style inspo since the fash pack have jet-setted to New York for the latest edition of Men’s Fashion Week.

The men’s shows have kicked off in New York overnight, and the heat meant showgoers kept their looks summery. They were captured roaming the Big Apple in neutral tones, monochrome silk pairings, tailored suits, relaxed shorts and oversized shirts.

We spotted luxury labels including Off-White and Burberry, as well as Adidas which added a vintage athleisure vibe to looks.

Take a look at the best street style looks here…

Now, find out which ultra-cool label has just teamed with Eminem for a new capsule collection.