This is how Ounass celebrated its third anniversary 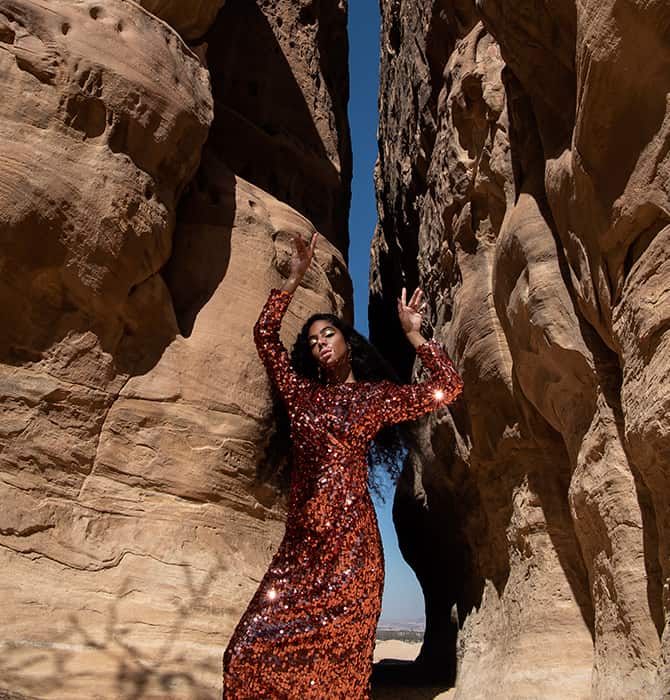 Ounass celebrates its third anniversary with an empowering campaign that pays homage to the region...

2019 has been a spectacular year and for Ounass, it marked its third anniversary since its inception in 2016.

The luxury shopping platform — launched specifically for the Middle Eastern consumer — decided to celebrate the milestone with an empowering message that highlighted the region, plus celebrated the immense growth of the platform with a captivating campaign.

Titled the Power of Three, two icons have come together for a slew of images: Saudi model Shahad Salman and the Kingdom’s breathtaking backdrop of Al Ula — the first UNESCO World Heritage Site in the country.

As the campaign is an ode to the power of the region, the campaign not only represents a new wave of talent in the market but also, a curated edit of Ounass’ luxury offerings such as gowns, modest silhouettes and energetic hues — all captured against the backdrop of the spectacular location of Al-Ula.

Salman was joined by lifestyle influencer Faisal Alghazzawi and Tunisian model Louai Fatmi for the campaign — and the trio or regional stars couldn’t have been a better fit.

{insert gallery tpl=”slide-freesize.tpl” id=”[Стандартная] This is how Ounass its third anniversary” rid=”6388″ order=”a_tstamp”}

Now, find out what your New Year’s Eve style personality is.