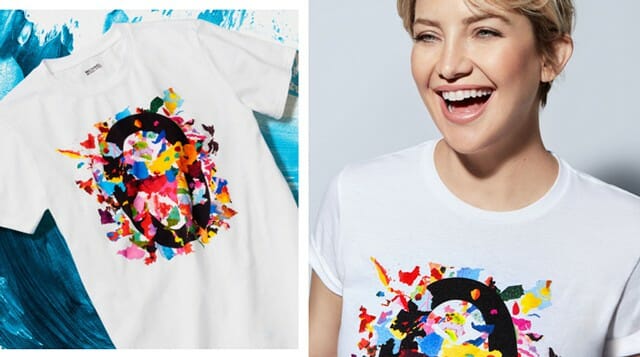 Michael Kors’ Watch Hunger Stop campaign is back for another year. Here’s what to expect for 2018...

Every year, Michael Kors runs its annual campaign to help fight world hunger. Watch Hunger Stop has become a key component of the brand’s philanthropic initiatives, with the brand partnering with the United Nations World Food Programme to help raise funds for its school meals program. This year, the event will fall on October 16 and there’s plenty of ways to support it.

To celebrate the campaign’s fifth anniversary, Kors has partnered with Eli Sudbrack to design this year’s limited edition shirt. Excitingly, the shirt will be available to purchase online for the first time this year, too, as well as in select stores worldwide. And, as in previous years, the brand will also release a special edition watch. According to WWD, this year’s style is the Runway watch “which features a gold-tone case in a slimmer profile with a detailed map of the world on a turquoise-hued dial.”

Kate Hudson once again is the face of the campaign, however this year she is also joined by Hailee Steinfeld. Speaking of the appointment, Steinfeld told WWD, “It was an honour to team up with Michael Kors again, this time for such an important, worthy cause. All children deserve to have their basic needs met in order to fulfil their greatest potential. If we band together, we can end hunger for good.”