Meghan Markle steps out on her second solo engagement

Looking cute as a button, too
December 18, 2018
Maddison Glendinning 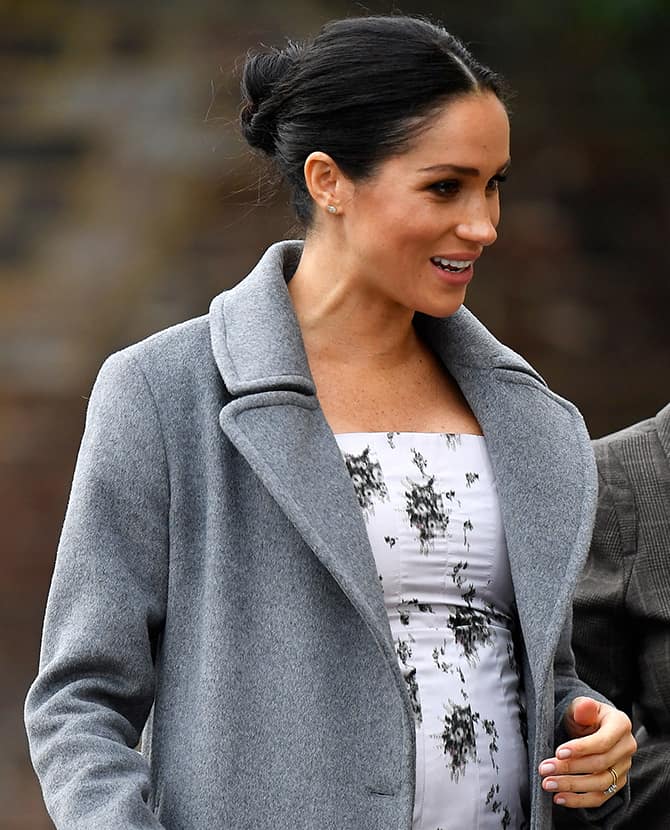 We weren’t sure if we’d be treated to another Duchess of Sussex sighting ahead of the holidays but today, Meghan Markle stepped out on her second solo engagement.

The pregnant royal was visiting Brinsworth House, a nursing home run by the Royal Variety Charity, that is occupied by former actors and entertainment industry professionals. During her visit, Meghan was treated to a performance by some of the residents.

The visit is particularly meaningful given that in her pre-royal life, Meghan was an actress, perhaps most well-known for her role as Rachel Zane on Suits. The home has previously been visited by The Queen Mother and Prince Charles. It is thought that the visit could be an indication as to what the new royal’s first patronage will be, which is reported to likely be handed to her by The Queen next year. At present, the Royal Variety Charity is under the patronage of Her Majesty.

The visit comes as her old Instagram account resurfaced, sending the world into a spin that the Duchess had rejoined the platform. However royal reporter Omid Scobie confirmed it was the result of “a system glitch” and not, in fact, a rekindling of her social media presence.

For the outing, Meghan dressed her bump in a dress by Brock Collection and a coat by Canadian brand Soia & Kyo, which she of course teamed with her favourite Aquazzura heels. 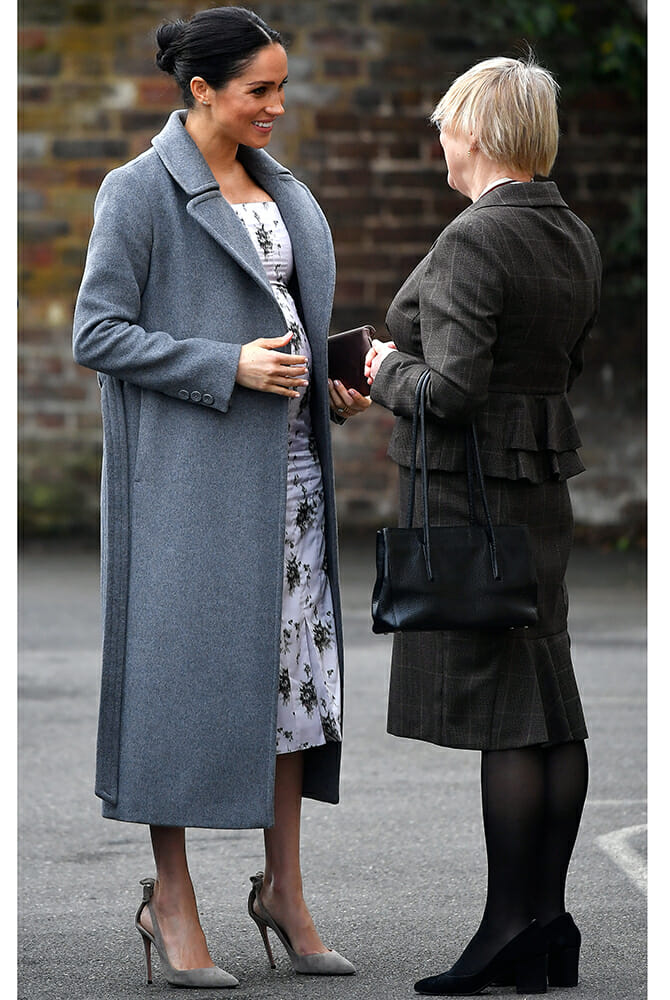 This might just be our favourite look of hers yet.