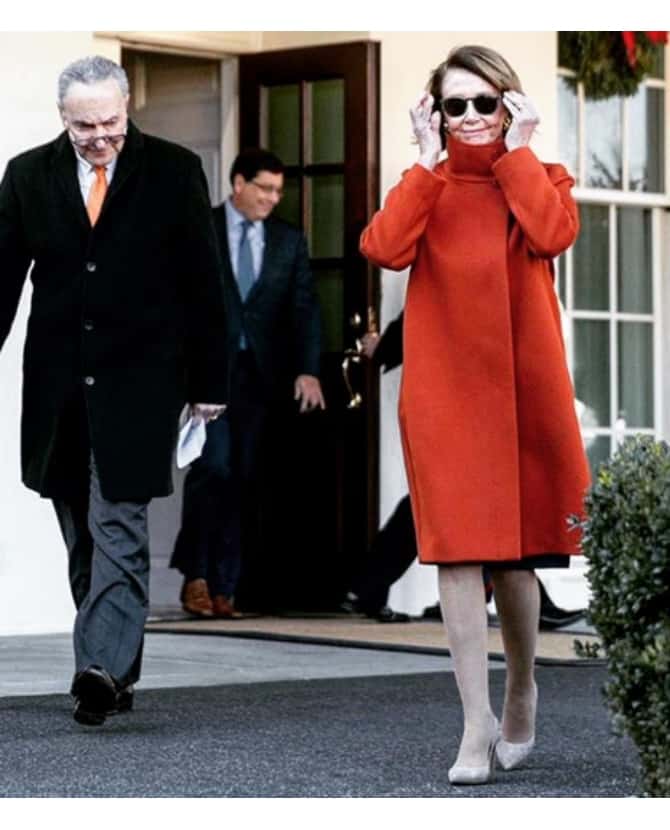 Nancy Pelosi was photographed wearing a MaxMara coat this week, and the brand has since announced it will reissue the piece...

The word influencer is bandied about on the reg these days but how much some actually influence is debatable. Unlike Nancy Pelosi, for example.

Pelosi is the House Minority Leader in the US and last week met President Donald Trump and other high-ranking politicians at the White House in what was reported to be a rather spirited meeting. For the occasion, Pelosi opted for brick-red funnel-neck coat  that has since become an icon of power dressing following her total #boss exit from the White House, shades and all.

The internet immediately began to ask where the coat was from and it was soon uncovered to belong to Max Mara. The Fire Coat [which is an EXCELLENT name for such a coat, may we add] was last issued in 2013 before production ceased. Now, given the immense interest in the piece following the meeting, the brand has confirmed to Fashionista that it will reissue the coat in a variety of colourways in 2019.

Ian Griffiths, the Creative Director at the Italian house, said in a statement, “This coat was designed over six years ago; a good coat is a life companon so it should be designed not to date. Ms Pelosi wore this coat to the Presidential Inauguration in 2013, and again for her historic meeting at the White House in 2018, so it clearly means something to her. You develop an emotional relationship with a coat like nothing else in your wardrove and Max Mara coats are much more than just clothes. They represent lasting values, they project personal strength and glamour.”

Now that’s what we call influence.

Next up, find out who is more influential out of the Duchess of Sussex and Kylie Jenner

When you nail that presentation you’ve been working on pic.twitter.com/GgeAFLy7q9