You can make a private appointment with the designer herself
January 31, 2018
Meeran Mekkaoui 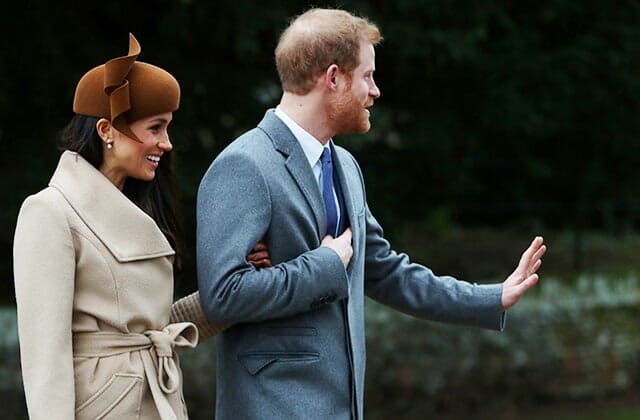 There's a new name joining the London Fashion Week calendar and the brand is a firm favourite in the British royals' wardrobes...

Just this morning, Jenny Packham announced that she will be bringing her eponymous label to London Fashion Week and now, there’s another name making its debut next month: Sentaler.

After Her-Highness-to-be Meghan Markle was spotted wearing the brand’s Long Wide Collar Wrap Coat while attending a holiday service in Sandringham, alongside the British royal family, Sentaler has quickly become a name to know in the fashion industry.

Although the Canadian label has been dressing royals for many years, including Kate Middleton and Canada’s First Lady, Sophie Gregoire-Trudeau, the brand was nowhere to be seen in any British stores  (and only started selling at Neiman Marcus and Saks Fifth Avenue last year).

Now, you can get your hands on those luxe outerwear pieces following the announcement that the Toronto-based label will showcase its Fall/Winter ’18 collection during London Fashion Week. Held by private appointments only, the designer Bojana Sentaler will be there first hand to explain the fairytale-inspired collection in detail.