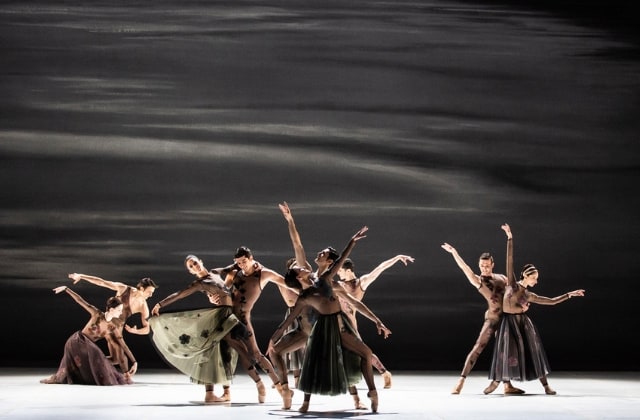 The Dior Creative Director can officially update her Dior CV with Costume Designer after putting together 16 handcrafted costumes for Nuit Blanche performance in her native Rome...

Maria Grazia Chiuri has been in her hometown of Rome this past weekend to present her original costume designs for the Nuit Blanche ballet.

This is a first for the Creative Director of Dior – so she can officially update her CV with a #newskill – but if her Haute Couture S/S’19 collection was anything to go by (bearing in mind it involved the circus thus very theatrical), she was always going to knock this project out the park.

Director of the ballet at Teatro dell’Opera di Roma, Eleonora Abbagnato, joined forces with Chiuri to produce 16 costume designs Nuit Blanche – and just like Christian Dior in his time, Chiuri has always had a huge passion for dance as a means for deepening her creative freedom and expression.

She said, “I am delighted and honored to be able to contribute to the staging of a project that combines so many elements of performance art, including music, choreography, set design and costume design. Here, my work is like a ‘choreographic exercise’ in itself, because it involves creating costumes that integrate perfectly with movement.”

The fashion legend returned to her hometime of Rome for the entirety of the project, working with Ateliers at the Opera of Rome. Chiuri focussed on creating new contemporary definitions of femininity and masculinity, using light, supple materials that allow for the technical and aesthetic requirements of dance.

Have a look at the sketches below – they’re just as dreamy and full of romantic tulle as you’d imagine.

A rousing round of applause for Chiuri, please…and a standing ovation while you’re at it.

Now, spare 24 minutes for a read on how Farfetch’s Stephanie Phair is changing e-fashion as we know it.