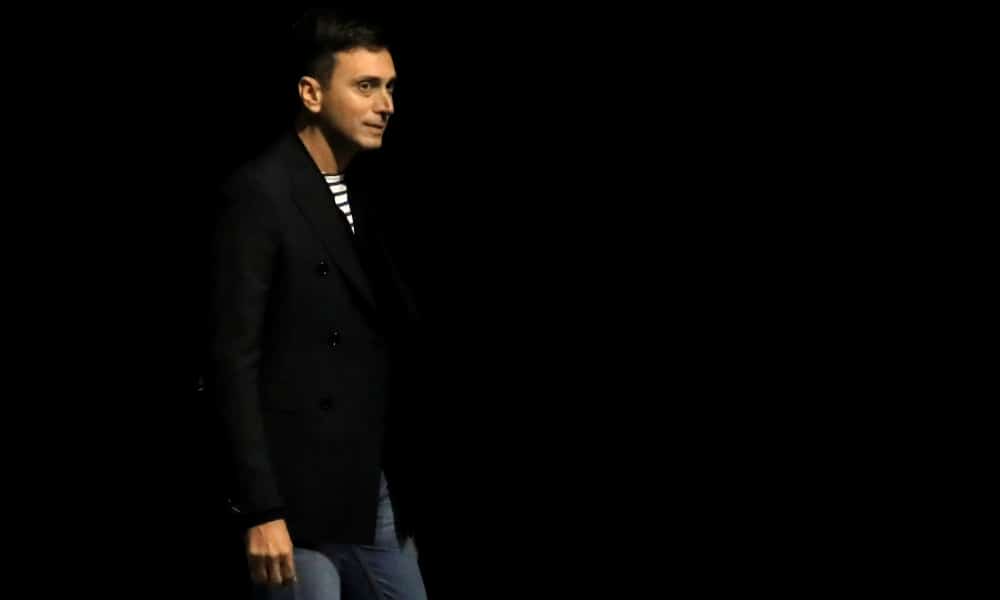 After Hedi Slimane made his debut for Celine in September, the industry was divided on the brand’s new look. Sidney Toledano has now responded to the feedback...

When Phoebe Philo handed in her resignation from Celine in December of last year, we long wondered who could possibly fill her shoes. Then, earlier this year it was announced that Hedi Slimane would head up the label, raising questions about how his distinctive aesthetic would blend with what Philo had created at Celine. At his debut show for the brand during Paris Fashion Week in September, it quickly became evident that there was to be no continuation but a total overhaul of the brand’s offering. It divided the industry, however this weekend LVMH boss Sidney Toledano said it was no surprise.

Speaking at the Vogue Fashion Festival in Paris, he said, “There was never any question of Hedi carrying on with Phoebe’s vision — that much was obvious. Some journalists seemed surprised after the show by this lack of continuity. I think that rather than [showing] surprise, they had premeditated their criticism.”

As per WWD, he added that given that Celine is not a couture house, its designer has more freedom than others to express his or her creative vision. In the case of Hedi, he says the designer and LVMH are on the same page. “We are perfectly aligned and focused on the same objective. You have to be in total empathy with a designer and give him the means [to accomplish his objectives] because the designer has his vision, the attention to detail, but in order to execute it, he needs everything to be perfect, and it’s the role of a CEO to organise all of that.”

Toledano also dismissed rumours that Slimane would open his own line, saying, “Not everyone wants to have their name on a shopping bag.”

Now, find out what Victoria’s Secret boss Ed Razek had to say about adding plus-size models to the annual show.