Kirsten Dunst confirms she is pregnant in Rodarte’s new lookbook 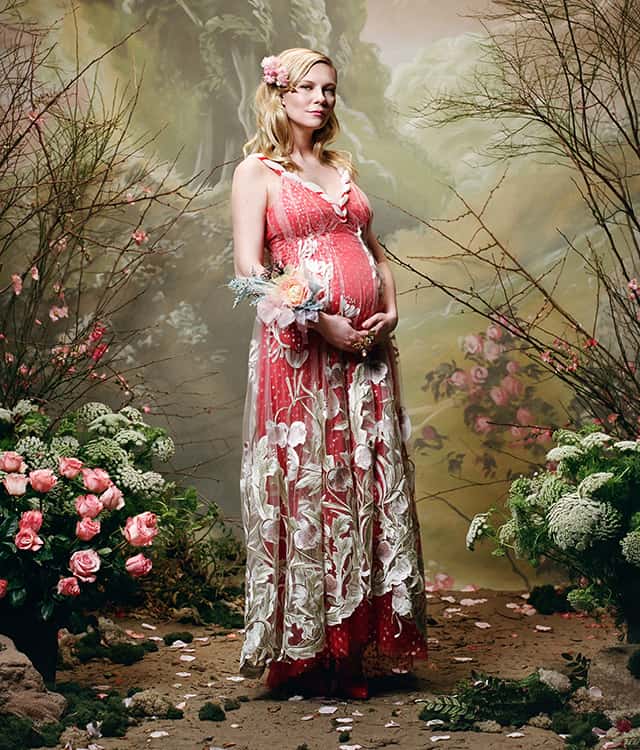 Whilst speculation has been rife for months, Kirsten Dunst was yet to confirm her rumoured pregnancy. Until now...

Celebrity baby announcements are a whole thing in and of themselves. Often meticulously crafted to ensure the happy news is communicated as perfectly as possible, over the years they’ve run the gamut from magazine covers to TV shows and more recently, social media posts. However, actress Kirsten Dunst took a more fashion-forward approach to sharing her happy news.

Overnight, the Bring It On star was revealed as one of the women in Rodarte‘s new lookbook F/W ’18 lookbook celebrating the females that inspire them. In the shots, Dunst cradles her baby bump whilst wearing a beautiful embroidered gown and oversize floral corsage.

Whilst there was no further information provided about when she is due, we do hope to see the stylish mum-to-be rocking a few more Rodarte numbers during her pregnancy.

Discover the rest of the F/W’18 looks here…

Now, see how a six-month pregnant Catherine, Duchess of Cambridge took on Prince William in a bandy penalty shoot-out on day one of their royal tour of Sweden and Norway.