The show will mark 30 years in the business
January 31, 2018
Meeran Mekkaoui 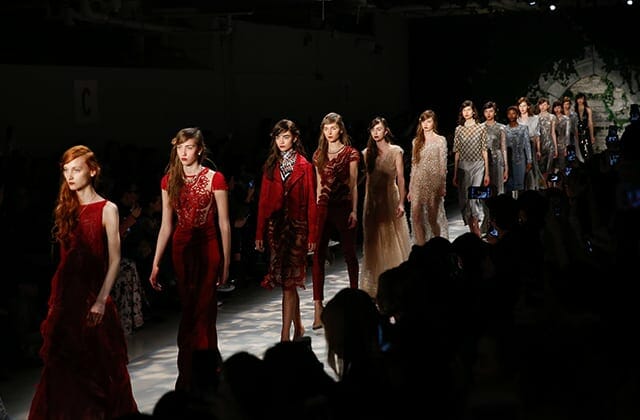 Jenny Packham's next show is set to be a celebratory one, plus there's a new show location. Find out the details here...

This year is set to be a big one for Jenny Packham. As 2018 marks her eponymous label’s 30-year anniversary, the British fashion designer is returning to her roots to celebrate.

After staging her ready-to-wear collections on the New York Fashion Week calendar for more than eight years, Packham will now present her future collections during London Fashion Week — starting with the brand’s Spring/Summer ’19 collection.

According to WWD, the designer explained: “[That] London, for me, is the most creative and inspirational city in the world and our home. We are looking forward to presenting a collection that reflects this energy and propels the brand into its next decade.”

The designer has previously been spotted on the likes of British celebrities including Adele, Kate Winslet and Kate Middleton (who wore the designer’s blue dress during her official visit to Paris).

Speaking of the British royals, take a look at Prince William and Kate Middleton’s royal tour to Sweden.