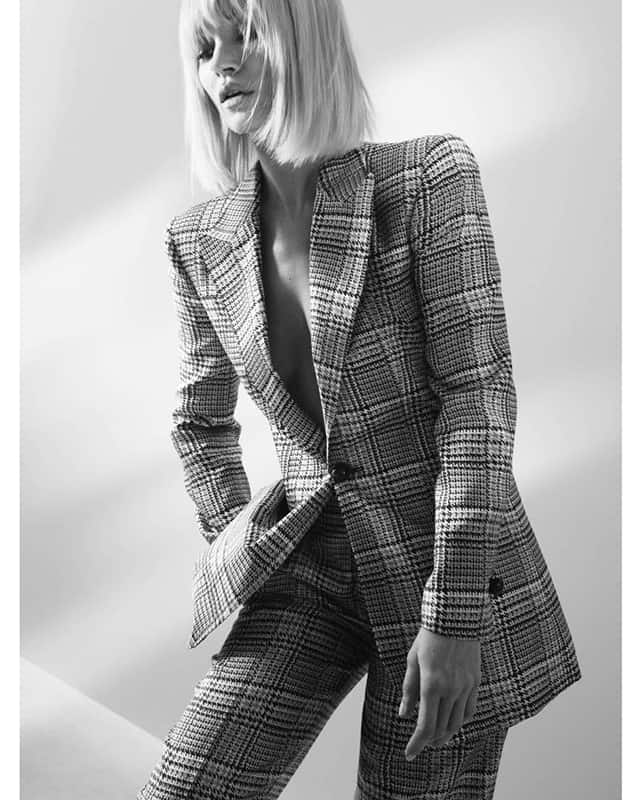 Kate Moss is still going strong as the iconic '90s model fronts a Giorgio Armani campaign for the first time ever...

They say that there’s a first time for everything and it’s evidently seen in Giorgio Armani‘s new campaign.

The luxury Italian fashion house tapped none other than Kate Moss for its Fall/Winter ’19 campaign and it marks the first time the iconic supermodel fronts the brand — despite her lengthy fashion career.

Captured by photography-duo Mert Alas and Marcus Piggott, the famous ’90s name is pictured sporting a brand new bob-with-bangs hairstyle in the new ‘Rhapsody in Blue’ campaign looking more elegant and charismatic than ever.

The set is minimal and Moss beautifully highlights the collection’s different shades of blue.

According to WWD, the company released a statement on the campaign and said: “A first-time interpreter of the Armani style to which her feisty, free-spirited sensual presence is brought to bear, Kate Moss stands out as a woman of singular beauty, whose personality and energy decisively set her apart from the fleeting fads of the moment.”