Kate Middleton gives us another lesson in recycling outfits 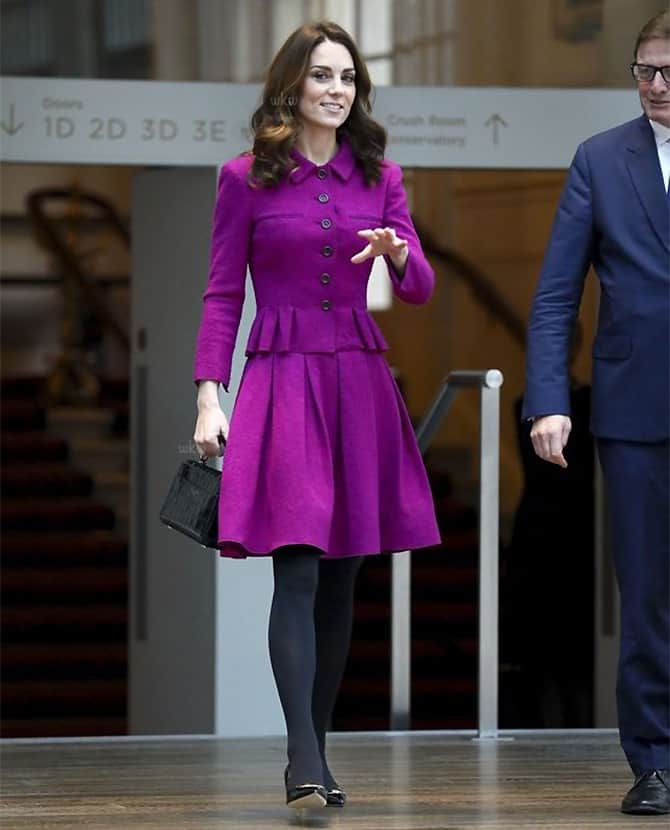 Kate Middleton might have married into the royal family, but there’s one part of her life that is pretty ordinary: just like most of us, the Duchess of Cambridge likes to wear her favourite outfits multiple times. Yes, the thrifty mother of three isn’t afraid to re-wear and repeat looks she’s worn over the years, either completely head-to-toe or by altering items to give them new life. Proving there’s no shame in the outfit-repeating game, her relatable wardrobe policy has become something of a signature.

So when the Duchess of Cambridge paid a visit to the Nook Children’s Hospice in Norfolk, England, she wore one of her favourite pieces — a magenta skirt suit by Oscar de la Renta. If Kate’s outfit looks familiar, it’s because it’s made an appearance a few times before.

Kate is wearing her Oscar de la Renta suit for today’s official opening of The Nook. Previously she wore it for a Health Writers conference in 2017 and then again this January for a Royal Opera Hous engagement. pic.twitter.com/nwZO7tGEah

The vibrant suit was first seen on the Duchess at a 2017 conference with the UK Guild of Health Writers. Two years later, she dressed up in the same magenta skirt and jacket for an engagement at the Royal Opera House, where she paired the look with a black Aspinal of London’s Midi Mayfair bag, Rupert Sanderson pumps and Asprey earrings.

One of the thrifty royal’s most recognisable frequent re-wear moments though has to be her much beloved Alexander McQueen dress. Kate donned the pale yellow bespoke number bespoke number for Princess Charlotte’s christening in 2015, a year later at Trooping the Colour, at a ceremony in Belgium in 2017, and then to Meghan and Harry’s wedding.