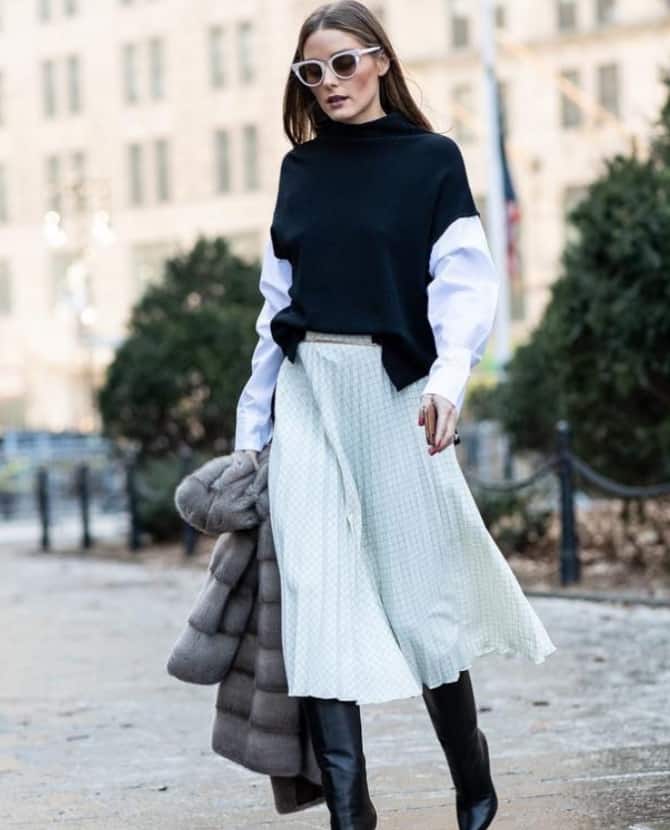 Karl Lagerfeld is on a collaboration roll right now. First he hit up Carine Roitfeld for his upcoming collection, and now he's tapping into Olivia Palermo's sartorial talents, too...

The world according to Karl Lagerfeld is a very glamorous place. His social circles is literally a smorgasbord of A-listers – which he clearly knows how to capitalise on in the name of high fashion.

It was revealed earlier this month that firm friend Carine Roitfeld will be collaborating with him for F/W’19 with ‘The Edit by Carine Roitfeld’ which will see Roitfeld’s essential mix and match pieces from Lagerfeld’s collection.

And now, it seems Lagerfeld is on a collaboration roll as it has just been revealed that he’s tapping into style influencer Olivia Palermo for his upcoming collection, too. Normally we’d be like, um, too many cooks, but in this case, the more the merrier because in the case of Palermo, there isn’t a fashion week that goes by where she doesn’t blaze a style trail, so we love where this collab is going…

According to WWD, the influencer will style pieces from the Fall line and will co-create five bespoke designs as part of the partnership, which will run parallel to Roitfeld’s edit.

Palermo, who feeds 5.8 million followers daily fashion inspo, is a fan of bold prints, bright colours and relaxed suiting and is no stranger to brand collaborations. She’s previously worked with Piaget, Banana Republic and Aquazzura. If this goes where we think it will, we can expect a New York glam meets Parisian chic vibe from Palermo’s designs.

Now, see why Christian Siriano is in hot water with Diet Prada.