Here's your first look at the collection ahead of Milan Fashion Week
January 30, 2018
Maddison Glendinning 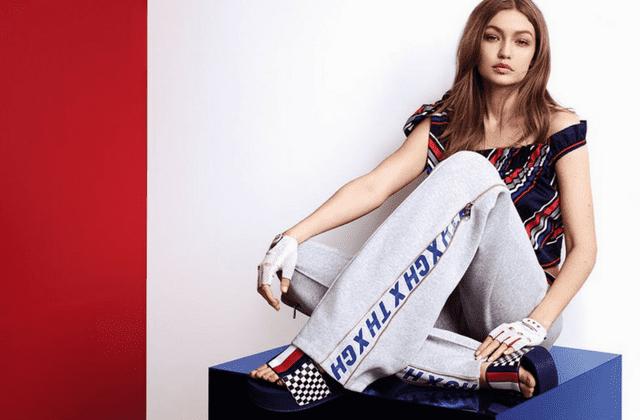 Gigi Hadid and Tommy Hilfiger have teamed up on yet another collection and this one looks even cooler than the last. Discover it below...

Gigi Hadid and Tommy Hilfiger are on to a good thing: the designer and model pairing has proved consistently popular with consumers since their very first collaboration and now the duo’s fourth collection has just dropped.

For Spring 2018, the pair has taken its inspirations from the racing track with Tommy’s signature red, white and blue colour palette reimagined on moto jackets, leggings, accessories and more. Plus, the famous black-and-white check pattern spotted on flags during races has been coolly reworked into a cutout swimsuit.

The campaign has been released ahead of Tommy x Gigi’s Milan Fashion Week show on February 25. The show will mark the first time the pair has shown in the Italian city, having previously staged extravagant presentations in Los Angeles, New York and London.

Scroll through the lookbook below and prepare your wish lists ahead of the see now, buy now pieces becoming available on the same day as the show next month…

Then, see what Lebanese designer Sandra Mansour had to say about Gigi wearing one of her pieces recently.