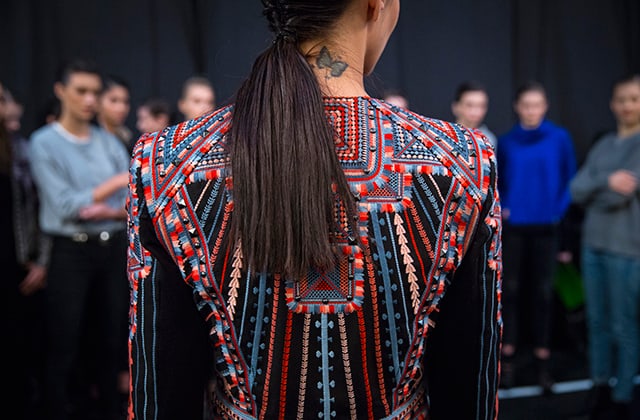 A new creative vision is coming to shake up Hervé Léger...

And so it begins: The game of musical chairs in the fashion industry has kicked off for a new season. Just yesterday, Nina Ricci announced two new designers and now another brand has named a new Creative Director.

The celebrity-favourite (and royal-approved) brand has been known for its body-con “bandage” dresses since 1993 and has been seen on the likes of Gigi Hadid, Kylie Jenner, Beyonce, Cindy Crawford, Margot Robbie and the Duchess of Sussex (who was just spotted at a special performance of Hamilton overnight) over the years.

Now, we can expect to see a change in creative strategy, thanks to Christian Juul Nielsen’s new role.

With previous stints at Christian Dior as their Senior Designer for womenswear, at J.Mendel as a Consulting Design Director, at Oscar de la Renta as Design Director and at Nina Ricci as Designer, as well as his current role as Creative Director of contemporary brand Land of Distraction, we’re certain Nielsen’s brilliance will bring a much-needed new energy to the Hervé Léger brand.

Whilst we’re not certain as to when his debut for the brand will be, rumour has it that it will be during New York Fashion Week next week. Make sure to watch this space.

Now, find out who will be closing out NYFW.