Just in: Halpern debuts in the UAE 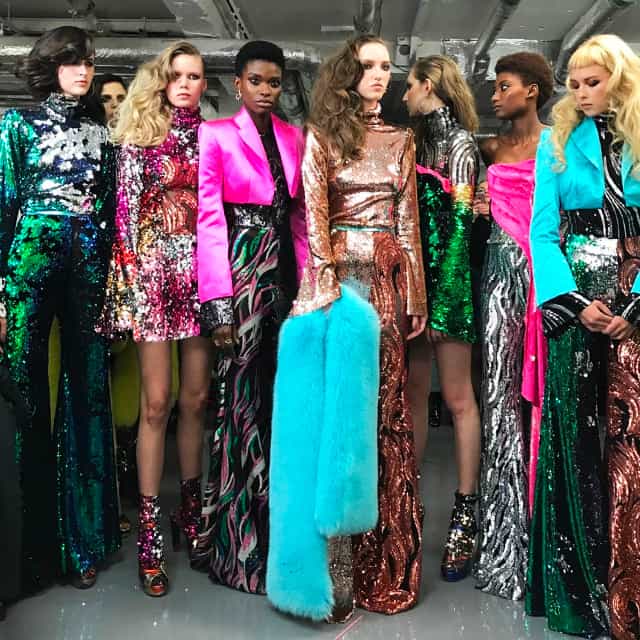 Michael Halpern's eponymous label is set to sell straight to the Middle Eastern consumer, thanks to Harvey Nichols. Here's how you can get your hands on those couture-like creations...

Harvey Nichols Dubai has kicked off the new year the right way by welcoming a new must-know brand to its repertoire of luxury offerings. In addition to S’uvimol’s exotic clutches, Dolce & Gabbana’s pop-up shop and Emilio Pucci’s city-inspired footwear collection, Halpern is the latest name-to-know in the multi-concept store’s women’s designer department.

Founded by Michael Halpern, the label was first introduced to the public during London Fashion Week in February 2017. Recognisable from a distance — thanks to its sequins-centric designs — his pieces have also made statements on the red carpet, as seen on Model of the Year  Adwoa Aboah at the 2017 Fashion Awards. The designer also won the British Emerging Talent – Womenswear category during last month’s ceremony.

Evidently emerging as a force to be reckoned with, the designer is now bringing his disco-fuelled collection to Harvey Nichols Dubai. Expect to find Halpern’s exquisite embroidery, vibrant snakeskin, leopard prints and out-of-this-world metallics all carefully crafted into head-turning couture dresses and traditional eveningwear.

With experience at Atelier Versace, J.Mendel and Oscar de la Renta under his belt, we’re sure the Halpern brand is only going upwards from here.

The brand’s newest address in Harvey Nichols Dubai marks its debut in the UAE. It is also available in Beirut at the Plum Concept Store. Now, discover another Beirut label that was seen on this celebrity.