2019 is the year luxury fashion is *finally* getting woke
February 16, 2019
Maddison Glendinning 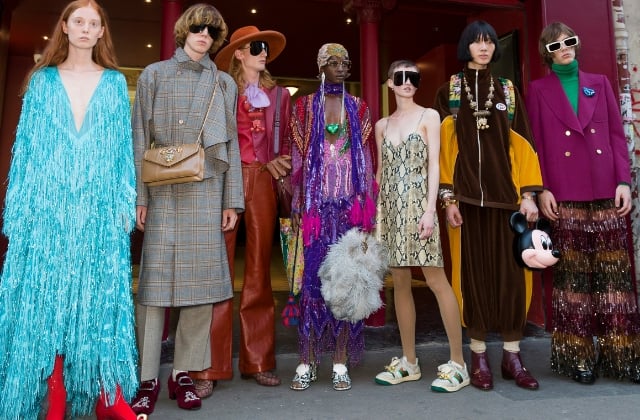 In the wake of its recent racism scandal, Gucci is launching new initiatives to ensure it doesn't happen again...

Gucci has announced it will launch a scholarship program to support and develop new talent in fashion in Dubai and 11 other countries globally as part of its new diversity and inclusion awareness program.

Just 24 hours after Prada announced the launch of its Diversity & Inclusion Advisory Council, in the wake of its own racism scandal, Gucci has followed suit with the announcement of four initiatives to help encourage diversity and awareness in the company.

The announcement comes after the brand was called out over a sweater that featured a design that was accused of looking like blackface. Creative Director Alessandro Michele released a statement to staff earlier this week in which he said “My entire life has been dedicated to fight to grant myself and any other the possibility to be different and to freely express themselves. I look forward to welcoming new perspectives to my team and together working even harder for Gucci to represent a voice for inclusivity.”

According to WWD, the first four initiatives are hiring global and regional directors for diversity and inclusion, setting up a multicultural design scholarship program, launching a diversity and inclusivity awareness program and launching a global exchange program. It will “hire diverse talent within key functions and leadership positions of the group, including the design office, and will invest in educating all of its 18,000 employees around the world.” This has already begun with the creation of the brand’s first Global Director for Diversity and Inclusion, for which they are now hiring, whose job will be to “focus on recruitment practices, ongoing development of Gucci education programs, and aligning the Gucci Changemakers worldwide volunteering initiative supporting local communities in which the brand operates,” according to the site.

The news follows CEO Marco Bizzari’s meeting with Dapper Dan and other community leaders in Harlem this week after Dan tweeted he would keep the brand accountable for “getting it outrageously wrong.”

Now, read what Ashley Graham had to say about inclusivity in fashion in relation to sizing.