Gucci donates to ‘March for Our Lives’ event

Backing the cause
February 25, 2018
Maddison Glendinning 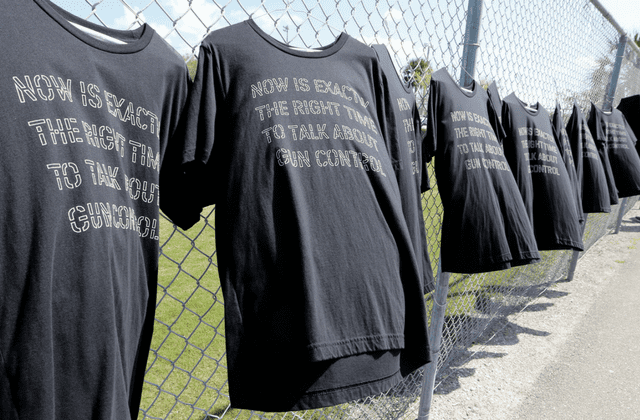 Next month, a huge rally is planned in the United States to promote gun control and Gucci has just donated to the cause...

Earlier this month, another tragic high school shooting took place at Marjory Stoneman Douglas High School in Florida claiming the lives of 17 teenagers. Now, students across the country have rallied together to plan a march next month to lobby the government to bring in stricter gun control laws.

Called March for Our Lives, the event will take place in Washington on March 24 and, according to the Washington Post, almost 500,000 people have registered to attend. The rally has garnered the support of celebrities and public figures the world over and Italian luxury fashion brand Gucci is also supporting the cause.

Overnight, WWD revealed that the brand is donating Dhs1.8 million (USD$500,000) to the cause. An exclusive statement from the brand read, “We stand with March for Our Lives and the fearless students across the country who demand that their lives and safety become a priority. We have all been directly or indirectly impacted by these senseless tragedies.”

Alessandro Michele, the brand’s Creative Director, added, “I am truly moved by the courage of these students. My love is with them and it will be next to them on March 24. I am standing with March for Our Lives and the strong young women and men across the United States who are fighting for their generation and those to come.”