Gucci has collaborated with 12 different artists for its new campaign 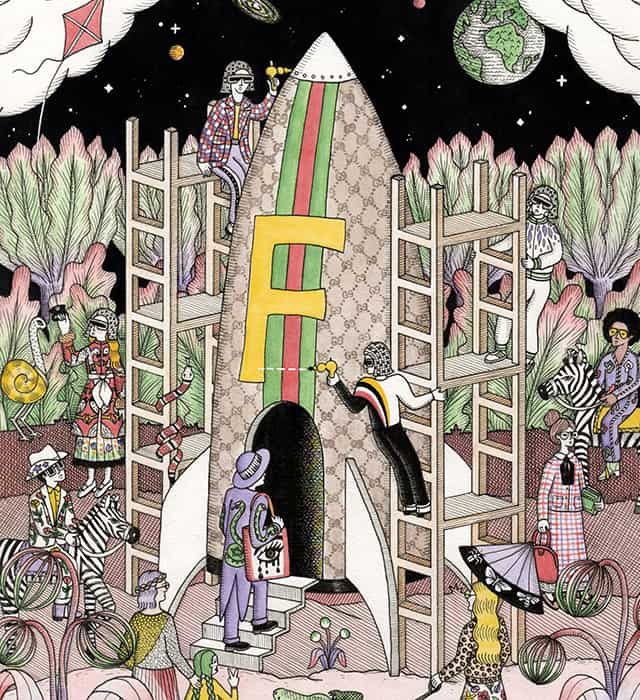 Gucci's new DIY campaign is finally here and we've got the details behind the creative imagery...

Alessandro Michele‘s campaigns for Gucci are usually spectacular as the maximalist designer often collaborates with cool artists to advertise his new collections.

We’ve seen this happen with Ignasi Monreal (who helped digitally create the brand’s Spring/Summer ’18 campaign), as well as Angelica Hicks (who created a limited edition illustrative collection and large-sized murals for Gucci last year). Now, Monreal and Hicks are collaborating with the Italian label once again for its new DIY campaign and this time, they’re joined by other artists.

Focusing on the brand’s new bespoke service (which is now available in the Gucci flagship store in The Dubai Mall), the brand has brought together 12 artists from around the world to highlight the service in a new campaign.

According to Fashionista, Gucci has released a statement that explains the new campaign and it reads: “The project embodies the philosophy of Gucci DIY: championing the idea of self-expression.”

Whilst the full campaign has not been revealed yet, here’s a sneak peek of what’s to come…

Now, take a look at how Gucci is paying tribute to Icelandic singer Björk.