Exclusive: Bella Freud teams up with Gillian Wearing for a capsule collection on Matchesfashion.com

Celebrating 100 years of women having the vote
April 25, 2018
Maddison Glendinning 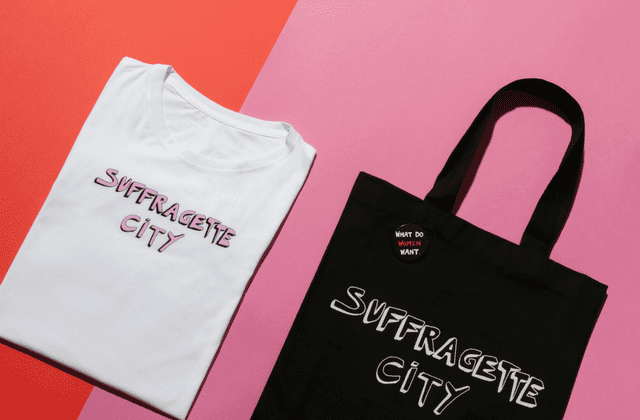 2018 is the year of women. Just ask Bella Freud and Gillian Wearing...

2018 has been a landmark year for women already, and it also happens to be the 100th anniversary of women receiving the vote in Britain. To celebrate the milestone occasion, fashion designer Bella Freud has teamed up with artist Gillian Wearing on a capsule collection. In addition to the slogan tee and tote bag pieces, Gillian also unveiled a statue in Parliament Square overnight of Millicent Fawcett, the pioneering sufragette who led the campaign for women to vote. The statue’s presence in the square is also monumental thanks to the fact that it is the first statue of and by a female to appear in the space.

The collection launches on Matchesfashion.com today and we caught up with both Gillian and Bella to talk about how the collaboration came about and why continuing to fight for women’s rights is so important.

How did the collaboration come about?

Bella Freud: Gillian approached me to work on the collection, and I was really happy to help. I love her work and wanted to create something parallel in the merchandise that people can buy into. I tuned into the feeling of women and our different ways of protesting and demanding change. When people are demonstrating it is a serious business but there is a feeling of joy and camaraderie which is so uplifting. 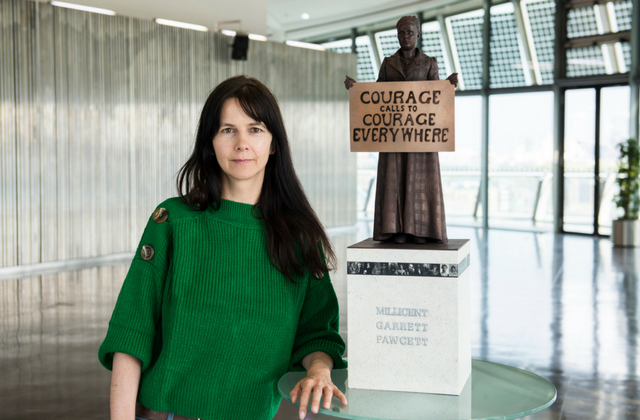 Gillian, tell me a little about the statue — how long did it take to make? What do you respect most about Millicent Fawcett?

Gillian Wearing: I did not get to choose Millicent [as the subject of the sculpture] but I agree with the choice. She was the most pivotal person campaigning to get the vote for women in 1918, and she fought hard to ensure that it went to as many women as they would allow back then. Those eligible had to be 30 years old with property, and around 6-7 million women fitted that criteria. Other campaigners at the time would have settled for a lot less than this, but Fawcett was determined for the best outcome. She may have been a little overlooked in more popular women’s suffrage history because she was not showy or a personality-led leader, so she may be a surprising choice to some but for those who know her acheivements this recognition is way overdue and will focus the spotlight deservedly back on her. She was a life-long activist, she spent six decades trying to get the vote for women — from the first petition to the 1918 People Act. She also co-founded the Newnham College and supported many other causes like anti-slavery.

The words ‘courage calls to courage everywhere’ [on the statue’s banner] are shortened from a sentence that Millicent wrote a few years after the death of Emily Davison who was hit by the King’s horse at Epsom Derby. Millicent believed in non-militant action and Emily, who was a Suffragette, believed in the opposite. The Suffragettes were part of a movement born out of the frustration that, even after decades of protests and petitions, women were still not being listened to. They believed that the only way forward was to create civil disobedience. By using this quote from Millicent, I am bringing the two groups together symbolically. On the plinth itself will be photographic etchings of [both] Suffragettes and Suffragists.

Bella, how did you decide on the slogans to use on the pieces?

BF: The process of interpreting the feeling of an idea into an aesthetic is my favourite part of designing. The song Suffragette City is so visceral and reminds me of punk rock energy which seemed like a good match for the modern Suffragette. I’ve been interested in that for many years — in the visuals of protest, and the means by which one distills so much feeling into one word or a couple of words. There’s even power in how it looks; the layout is a really big thing as well. When record covers are very successful, for instance, they condense a universal feeling or a zeitgeist. I love seeing that, I find it very inspiring and I’m always on the lookout for it.

What do you admire about eachother’s work?

BF: I really like the look of Gillian’s work, which may seem like an obvious thing to say. I find her pictures thought provoking, the things she chooses to show, the people holding placards with words, the girls wearing T-shirts with odd words on — they stir me up, and I like that. I think I have seen everything in the picture but I can’t stop looking and I see more and more.

GW: Bella’s range is about reaching out to everyone with ideas expressed in her unique manner via the text on the totes, t-shirts and so on. Fashion can be used to express ideas regarding politics and art, and fashion can be a way to open up discussions and thoughts; someone holding a banner can do the same. I am a big fan of Bella’s and delighted to collaborate with her on this.

The collection is celebrating 100 years since women were given the vote — what are your thoughts on the current state of women? What more needs to be done to ensure that in another 100 years we’re not missing anything?

GW: Well, definitely the pay gap needs to be overhauled — particularly if two people are doing the same job/hours and there’s a disparity in pay. 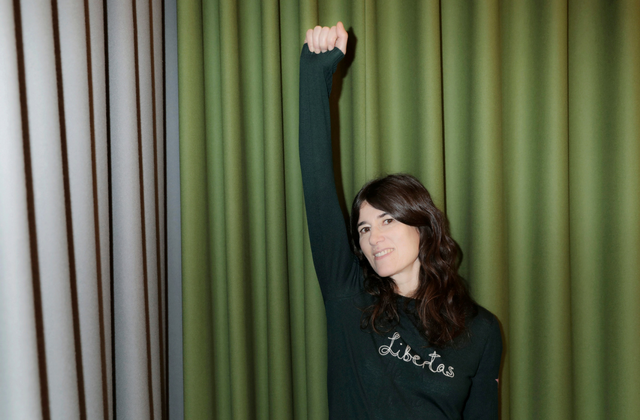 Bella, this isn’t the first time you’ve promoted women in your designs. Why is it important for you to empower women through your work?

BF: The Suffragettes and Suffragists, like Millicent were women with so much courage — it can’t have been the most fun thing in the world, always making people feel uncomfortable about the status quo. That takes a huge amount of thick-skinnedness. And now there’s a whole new generation with different ideas about how to do that, but essentially the goal is the same — caring about each other, women and men too. It’s a friendly thing across the board.

Campaigners like Millicent were doing something to speed things up and what we’re doing now is to move forward again. Women’s equality hasn’t moved forward for a long time and now everyone’s fed up. It’s time for another huge push, and that’s what’s happening.

Now, read our interview with Alice Temperley on the importance of sustainaility in fashion.