Ewan McGregor’s daughters are the new faces of Fendi

Taking over from the Kardashians
August 8, 2018
Maddison Glendinning 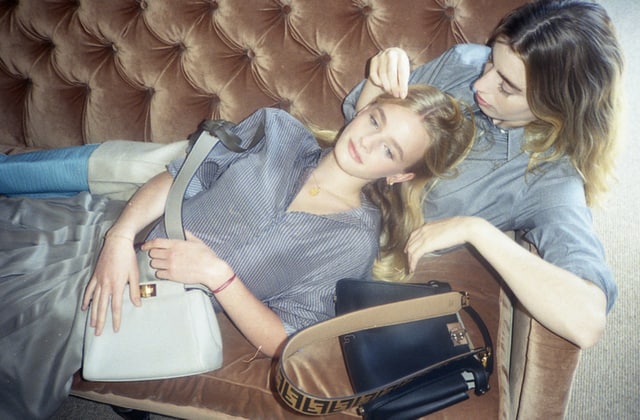 Ewan McGregor's daughters have been revealed as the new faces of Fendi. See their debut campaign below...

One month ago, Kim Kardashian West appeared in a new campaign for Fendi’s #MeAndMyPeekboo alongside her four-year-old daughter North West and mum Kris Jenner. Now, another famous family has been lensed for the campaign.

Star Wars actor Ewan McGregor’s daughters Clara, 22, and Esther, 16, are revealed in the latest installment of the campaign, which has been shot to celebrate the 10-year anniversary of the brand’s iconic handbag.

The sisters — Clara, a photographer, and Esther, a songwriter — were shot in Los Angeles and are captured hanging out in a apartment and on the beach.

The campaign has proved to be incredibly successful for the brand so far with the brand’s CEO Serge Brunchswig telling WWD, “People perfectly understood the storytelling and mood of this initiative and many have taken pictures of themselves with their own Peekaboo bag using the hashtag on Instagram.”