Elle Fanning made her catwalk debut for Miu Miu 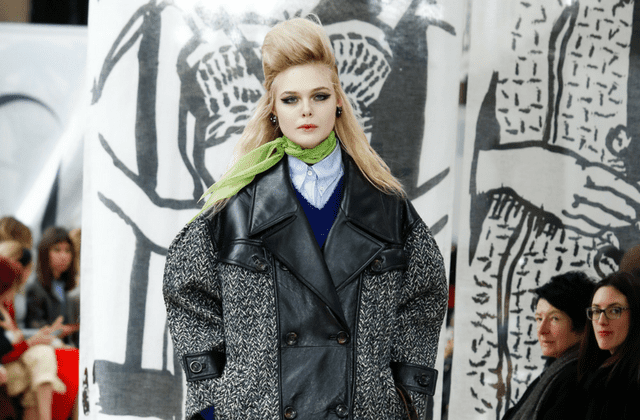 Whilst Miu Miu's front row was studded with top name stars at last night's show at PFW, so too was its runway...

Elle Fanning has been spotted at a few fashion shows in recent years, most notably sitting front row at Miu Miu’s S/S ’18 presentation last September (ahead of starring in the brand’s seasonal campaign).

This season, however, the young actress swapped her front row seat for a spot on the catwalk. As stars including Marc Jacobs, Gwendoline Christie, Zoe Kazan and Stranger Things actor David Harbour sat to take in the show on the final day of Paris Fashion Week, the Maleficent actress opened the show to a round of applause.

Sporting an oversize camel-coloured coat, pastel blue neckerchief, chunky black boots and some seriously high hair, Fanning made her debut whilst keeping in mind what she had learned on the set of The Neon Demon. Speaking with WWD post-show, she said, “I used tips of what Abbey Lee [Kershaw] had taught me, of how to walk and the posture of that. But in a movie you have lots of takes and you’re not as nervous. If you mess up, it’s OK; but [here] no, because Anna Wintour’s staring at me, and I was like, no, I’m not messing up.” 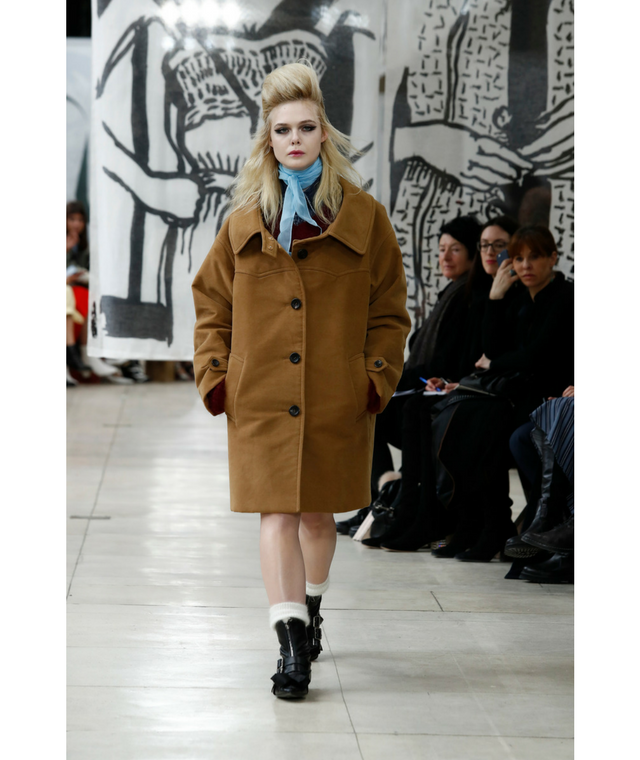 Fanning also closed the show sporting an even bigger oversize coat and bow-detail heels. She was joined by major models including Adwoa Aboah, who recently shot her second campaign for Burberry, Georgia May Jagger and girl-of-the-moment Kaia Gerber. 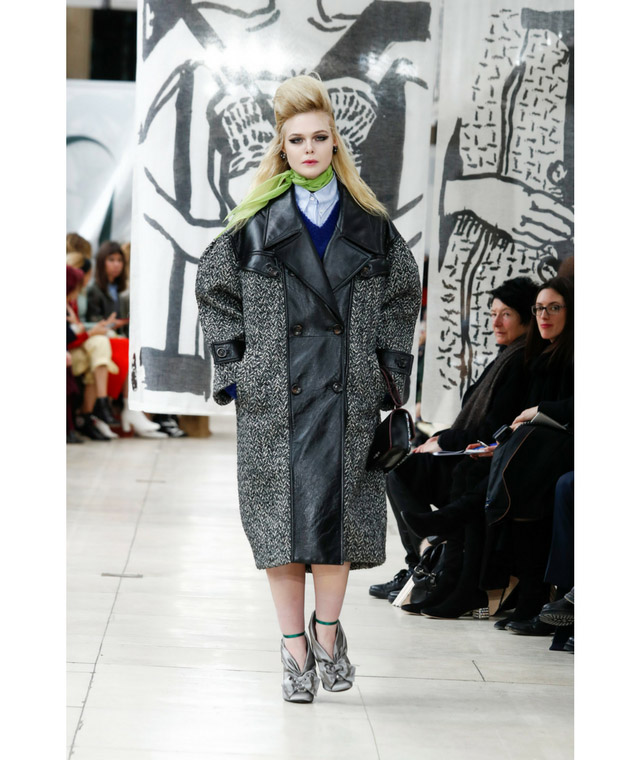 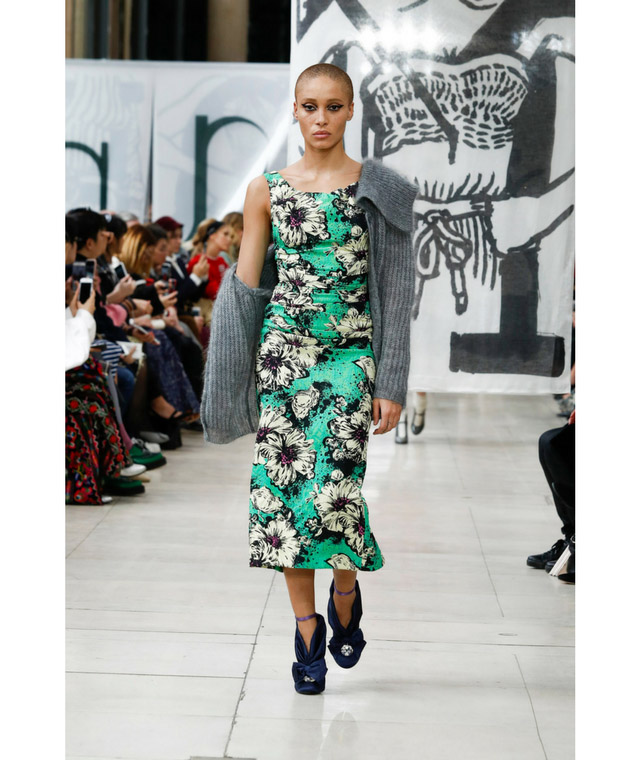 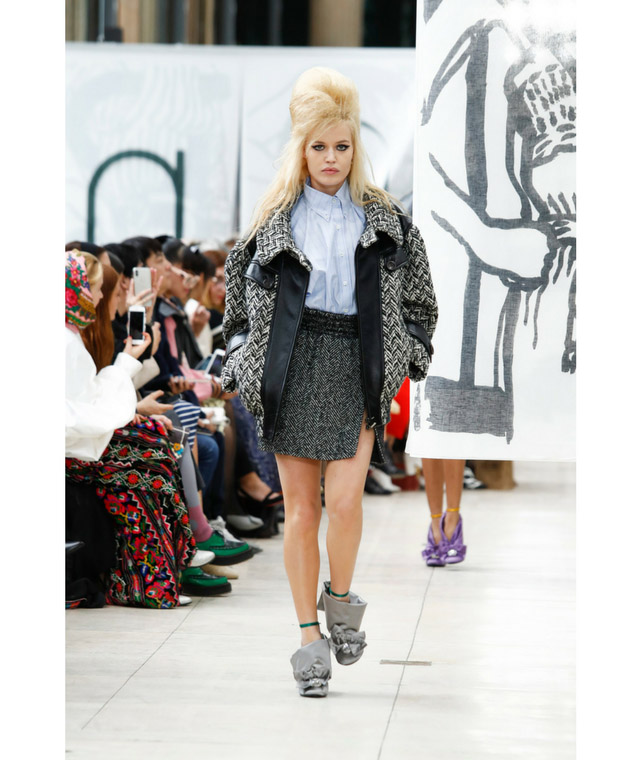 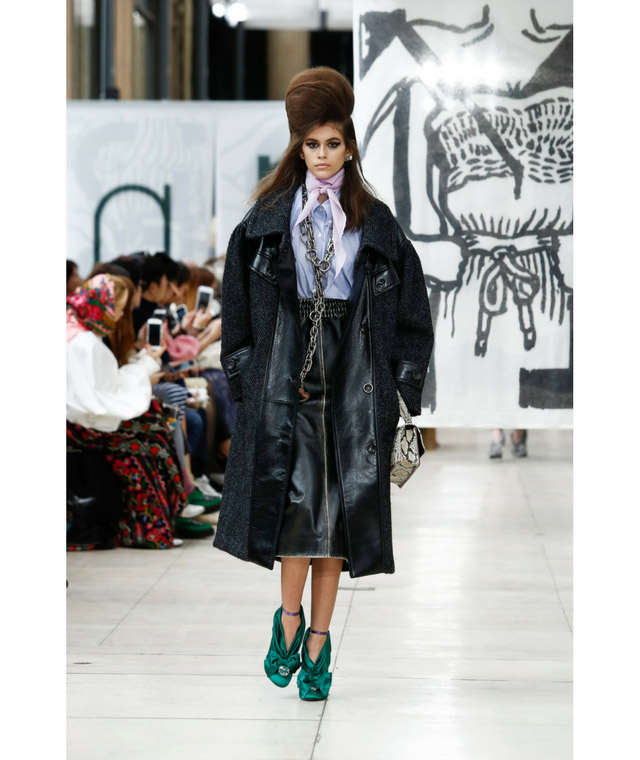