You're going to want every piece
May 12, 2018
Meeran Mekkaoui 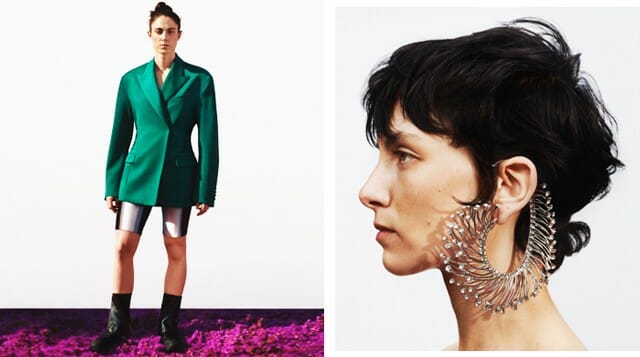 Mugler is heading in a whole new direction for the autumnal season, courtesy of its new Artistic Director...

In December, Casey Cadwallader added a huge milestone to his portfolio by being named as Mugler’s new Artistic Director. With experience at Acne Studios, Narciso Rodriguez, J.Mendel and Loewe under his belt, we were certain that the American designer would bring his own new approach to the brand’s future collections and now, we finally have the first look.

His 25-piece debut collection see the merging of the brand’s heritage with strong, sophisticated and super feminine elements for the Fall season. Along with a few signature pieces that will serve as the ultimate staples in your wardrobe, Cadwallader also added a few bold and colourful items that you can use to mix and match.

Speaking to WWD, Cadwaller said: “For me, it really is a project about starting a new culture around the brand; even the photographs are more about the women than they are the clothes. I think sometimes fashion moves faster than the clients and I’d rather make it so if you see something in a magazine in six months, you might still be able to buy it.”