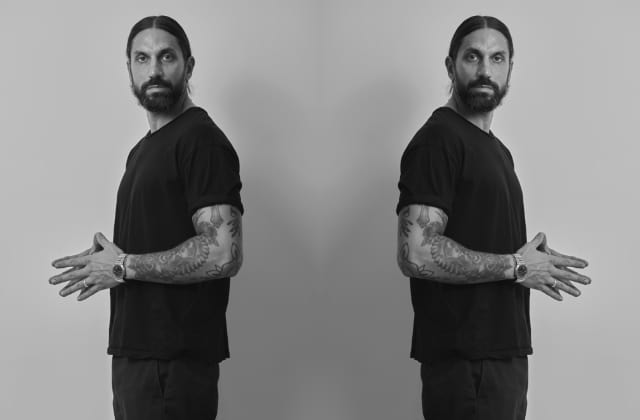 Byredo has just launched its first ever pop-up store in the Middle East and founder Ben Gorham was in town across the weekend to celebrate...

Byredo is known for its covetable fragrances and candles, but did you know the brand also made a line of equally wish list-worthy leather goods? Having launched the new facet of the business just over a year ago, founder Ben Gorham has now brought the leather goods range to the Middle East for the very first time at the brand’s first pop-up shop in The Dubai Mall. 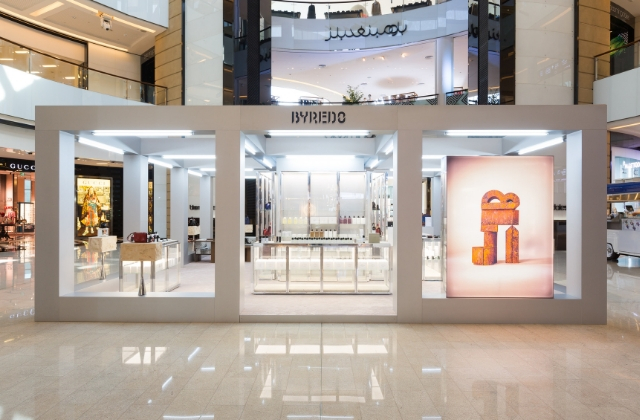 A former professional basketball player (fun fact: the B in Byredo’s logo is made using the number 13 which was Ben’s jersey number), Ben launched Byredo 12 years ago and since then it has become one of the most recognisable fragrance brands in the world. But his vision goes beyond scent, evident in his product diversification in recent seasons and his desire for the brand to be a lifestyle destination with products that fit into his customers lives with ease and elegance.

Why was now the right time to host a pop-up store in the Middle East?

Two years ago we started launching different categories, different facets of the brand and I think some of the challenges with some of our distribution through the department stores, even though they are amazing, was that essentially they had departments. So, retail became quite important. We opened New York two years ago, London a week ago, Paris a couple of days ago and Dubai. We’ve been in the market for a few years — we’ve been in London for 10 — so we’ve had this great Middle Eastern following. I thought if we were going to do anything here it made sense to present the entire universe.

Thank you! Honestly I started probably four years ago making some small leather goods that were associated with our beauty products to a certain extent and then I grew kind of obsessed with leather. I made a travel collection for myself, which unless you fly private and have 10 porters, they were impossible to travel with…

That sounds perfect for the Middle East though, you could bring that luxury line back in…

But I started playing with scale a lot and I found that in this androgynous approach to things that with bags, scale was the determination of male and female. I ended up with this idea of a handbag collection which was like the fragrances — they represented some idea of geometry and shape and it was a very architectural approach to building it out, but it was this idea, and sometimes this cliché, of iconic bag shapes and iconic functions and that would be the platform of leather for Byredo.

I started obsessing and going back and forth to Italy working with the craftsman and the biggest difference was that they were so tangible and visual as objects whereas the strength of the perfume was that you were connecting with people emotionally in an invisible way. But here it needed to speak to them in a very tangible way. And that’s where these very clear silhouettes started appearing in my mind.

And then I saw this connection, particularly from our customers, that the level of intimacy women have with handbags was not dissimilar from what they have with perfume. So our process translated quite well into that category.

“a lot of the initial feedback is that it’s so great to have a bag that most people don’t have (laughs) which is great!”

Even just looking at the shapes, they’re so functional for a lifestyle. You pick it up and you go…

I think so. I’m working on a lot of smaller things now because I see this younger generation coming up who have this different approach to function. One of our greatest accomplishments to date is still this idea that our customers are really men and women who are 18 to 85. And it’s partly because we don’t sell a lifestyle, we sell objects for your lifestyle.

Looking at the shapes, there’s something for men and women — is there a predominant customer for the leather goods that you’ve seen emerge?

I think because of the sizes they do speak to women. A top handle bag is quite classic. But the larger ones, I’ve been selling a lot of these to men which is cool to see. I’m working on a new iteration of this travel collection and some of that may speak more to men. The problem with men is that they have to see a sofa eight times to buy it, and what we do is that we want people to connect emotionally. So maybe 40 per cent of our customers are men today and that’s because fragrance speaks so directly to you emotionally. I think 90 per cent of our customers for leather are women and that might change with time.

You were a basketball player before you started Byredo. How does that fit in with all of this? Does it fit in?

Yes for most of my life. I didn’t think it did fit in for many years, I kind of suppressed it but I am hugely competitive and the creative work is the creative work but in business I love the idea that we outsell big brands and I love the idea that there are very few entries into true luxury markets partly because of the perception that you can’t because these brands are so big. I think the realisation that customers are bigger than brands and that being unique is becoming ever more important. I think that part of me, that athlete, endurance and that competitiveness is a big part of the work. And also you know, I have offices in New York, London, Paris, Berlin, Shanghai, Tokyo with 250 employees, these  are essentially teams that need to be motivated, inspired, led — that was sports.

How are customers responding to bags being offered at this price point that are in line with bags by other brands who are perhaps more well-known for their leather goods?

One of the pillars of luxury is scarcity, essentially. And if you look at the trajectory of the last 10 years of luxury goods, I think Vuitton has 500 stores globally, Ikea has less than 400 and then you add digital and the accessibility… One of these very important emotions tied to luxury was somewhat demanding for a customer — going to a place, engaging with a product, understanding it, buying it — those things for most brands, because of the commercial opportunities, disappeared. I think a lot of the initial feedback is that it’s so great to have a bag that most people don’t have (laughs) which is great!

When I started in fragrance, every body was wearing fragrance as a form of inclusion. Every body was wearing Dolce & Gabbana Light Blue, and then there was a massive shift and people bought fragrances that were maybe harder to find and were more expensive from niche artisan houses to express their individuality. I see the same kind of shift in handbags and I see it in other luxury goods. The individual is important, self-expression is important and I don’t think Byredo as a brand is dictating in terms of that lifestyle so it allows people to integrate these products into their personality and their expression.

Do you have an e-commerce presence?

We do but we don’t sell the bags there. But I have a pretty clever technical solution where if you bought a bag in store you can buy your second bag online. It’s a little bit like when I bought my first Hèrmes bag — they wouldn’t let me buy the travel size Birkin. Hermès, in my mind, they are still the only true luxury company that really puts the product first, that really focuses on quality and that in a tasteful way, controls supply and demand. And to be more rare than a Hermès for now is quite nice (laughs).

Are there plans to expand the range further?

There’s a new eyewear collection. We did a license with Luxottica which was a small collection and we had great success and then they were a very big company and there was a lot of complexities that came with that so we decided to do it ourselves. I’ve been working on a project completely in Japanese titanium that comes out in the Spring.

You’ve just opened in London and Paris — are there plans to extend the stores beyond there?

Yeah I want a few anchors — Dubai would be amazing. I think we have such a great following. This [pop-up] is kind of a first step into that. I opened a version of this a few days ago in Beijing. We’ve been doing this for 12 years and it’s really about taking your time whether that’s launching a product or approaching a market or digital — we pace ourselves and stay true to those core values.

The Byredo pop-up shop is in open in the Bloomingdale’s — Dubai atrium until October 10.

Now, discover which famed French haute perfumerie has just opened its doors in The Dubai Mall.