By Women for Men: A new Saudi initiative that builds on the region’s menswear offering 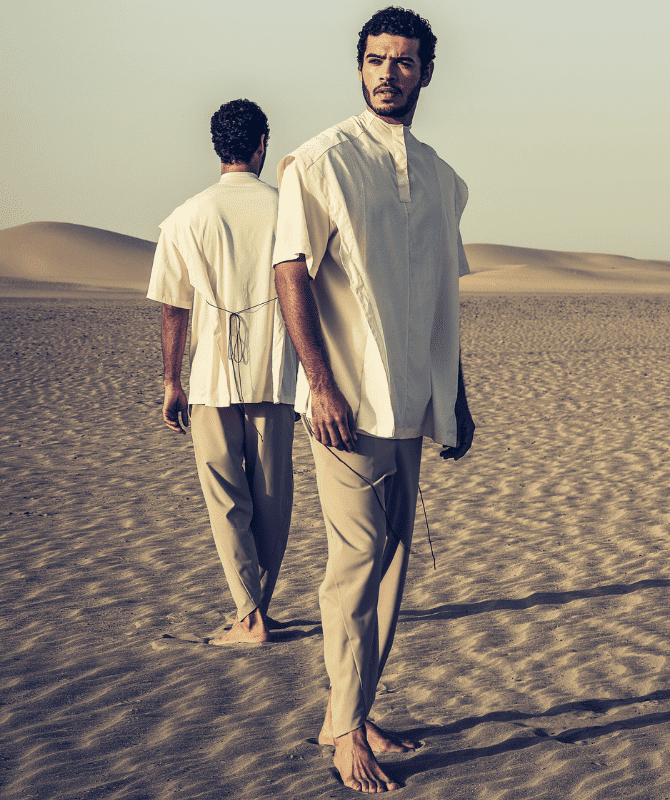 This new initiative will nurture the thriving menswear ecosystem in Saudi Arabia...

Over the years, Saudi Arabia’s growing fashion scene has progressed immensely, showcasing modern and progressive collections that we’re proud to call from the region. Women, in particular, have been shaking up the industry – not just in the Kingdom but across the Middle East – and it is for that reason, Hatem Alakeel decided to launch an initiative through his creative agency, Authenticite. Titled ‘By Women for Men’, BURO. Middle East’s ‘Gems of Arabia’ columnist saw a gap in the market in terms of menswear offerings and cleverly thought of a way to showcase menswear collections by still preserving the talent of our fellow female Saudi designers.

“Since it’s a female-dominated industry, it’s time for Saudi Arabian/MENA women designers to come forward and include menswear in all their collections,” Alakeel shares with us.

This initiative will be broken down into separate series where Saudi womenswear designers will be tasked with creating an exclusive capsule collection for men, starting with Reem Alkanhal and Danah Alzaman.

Whilst the former is highly recognised for her clear-cut forms and the latter, delivers an experience and personal story with each collection, we’re certain we’ll be lusting over the menswear pieces too.