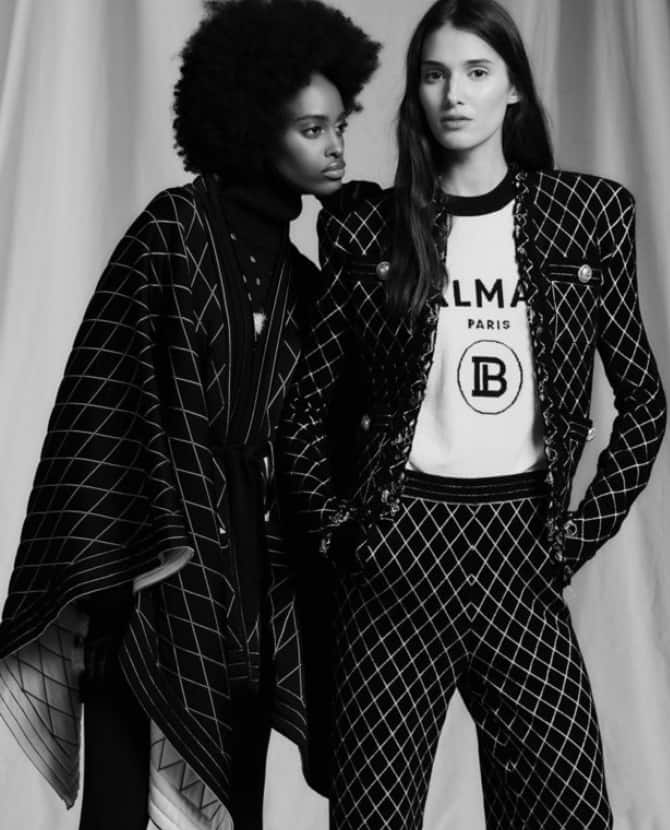 Balmain's Olivier Rousteing wants us to have a more inclusive experience with a new app...

It’s been a busy few months at the house of Balmain. At the end of last year, the brand unveiled a new logo as well as an exclusive collection launch with MyTheresa.

Now, the brand is tapping into some tech innovation — Balmain’s creative director Olivier Rousteing is ahead of the digital curve with the launch of a new app.

Because Rousteing is a real pioneer of inclusivity and experiential fashion, the new app will offer livestream access to its runway shows. Starting with the Couture presentation on January 23 (the first in 16 years) viewers will get full access to the show – plus, a preview of of the new Saint Honoré flagship store, which is set to open during Couture Week.

This move is part of the brand’s new marketing strategy to democratise luxury and bring it to the masses in an accessible way. According to The Fashion Network, Rousteing said that “for too many years, the legendary ateliers, boutiques and runways of Paris have only been open to a very lucky select few. We’d like to try to begin to change that, by inviting as many members of our Balmain Army as possible into our Balmain universe.”

If you’re going to push the envelope on something, it may as well be in the digital realm…

Now, have a look at the weekend highlights from Men’s Fashion Week