The younger sister of Jessica Simpson is back
June 3, 2018
Maddison Glendinning 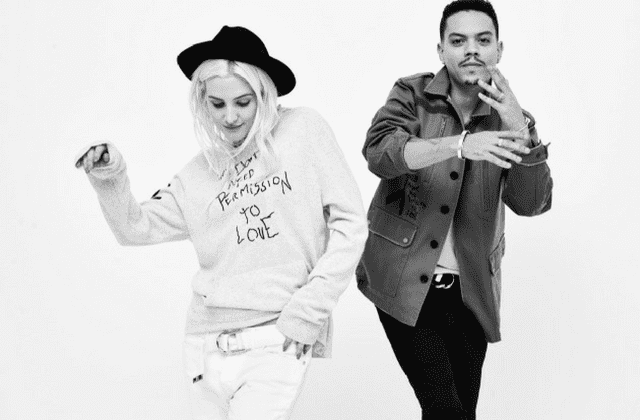 Noughties celebrity Ashlee Simpson is back with a fashionable bang. Discover her new venture here...

Ashlee Simpson was one of the biggest stars of the early to mid-noughties however she disappeared from the public view for a few years following her marriage to musician Evan Ross as she took some time with her growing family (the pair has a daughter, Jagger and son, Bronx).

Now, she’s back with a brand new clothing collaboration with cool French brand Zadig & Voltaire. Called Jagger Snow (after her daughter), the collection has been done with husband Evan and offers unisex pieces to Zadig & Voltaire‘s customers.

The 10-piece collection consists of T-shirts, blazers, denim jackets and jumpers (emblazoned with the phrase ‘We don’t need permission to love’ which is a lyric from the pair’s upcoming joint album) and possesses a distinct ‘borrowed from the boys’ vibe which Simpson told Fashionista was inspired by her own borrowing of Evan’s clothing when they first started dating. “I was loving his closet,” she said, also telling WWD that she “would rather wear my husband’s sweaters and shirts sometimes.”

According to Fashionista, this collaboration is just the first step in their plan to wider fashion domination as they revealed they’re working on a unisex line together and that Ashlee also has her own fashion project in the works. As for what we can expect from either of those? Time will tell but the pair’s upcoming reality TV show might give us a glimpse.

Now, find out which luxury e-commerce platform is launching menswear for the first time this month.