Plus, a familiar face fronts the collection
November 13, 2018
Meeran Mekkaoui 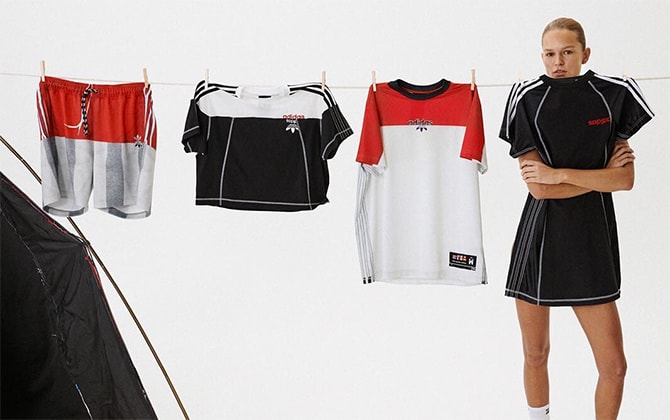 The duo behind some of the season's most wanted sportswear apparel is back for another season...

With every single drop, Alexander Wang and Adidas Originals‘ collections get cooler every time and now, the pair is 24 hours from releasing the fourth drop of their collaboration.

Successfully following the third instalment earlier this year, the pair has joined forces again to create 18 pieces of apparel and five styles of footwear (only the first drop of season 4) that are certain to add a little luxe to your sportswear wardrobes.

This time around, the collection took inspiration from “repurposed garments and photocopying” according to Fashionista, and boasts an imperfect aesthetic with several pieces finished with cut-off logos, mix-matched materials that looked like it blended two different garments and footwear that features the iconic ’70s-inspired Turnout Trainer is a new colourway.

The collection was revealed overnight, and naturally, the American designer and sportswear giant tapped one of the most familiar faces in the industry to front the new collaboration. Recently fronting Dior’s new La D de Dior Satine campaign, Anna Ewers was chosen as the face of the fourth season and was captured by Brianna Capozzi in a campaign imagined by Ferdinando Verderi.

In other sportswear news, find out which luxury digital retailer launched a work-out essential edit with lululemon.