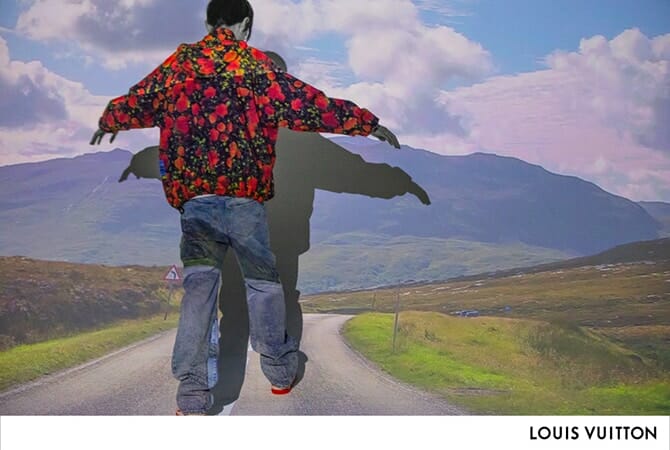 Just when we thought we couldn't love Virgil Abloh any more, he unveiled his new campaign for Louis Vuitton...

It hasn’t even been a week since Virgil Abloh delivered a stunning, Michael Jackson-inspired, menswear collection during Men’s Paris Fashion Week and he’s still dominating the headlines. And with good reason.

Just a few hours ago, the Artistic Director of Menswear at Louis Vuitton dropped his first campaign for the brand and it’s everything we wanted it to be, and more.

The three-part campaign push (with the second part set to be released on February 1 and the third on March 22) is a different campaign strategy for the brand. And if the first batch of images are anything to go by, they’re winning all the way. Note the adorable three-year-old boy named Alieyth fronting one of the campaign images…#Cuteness.

Captured through the lens of iconic photography duo Inez and Vinoodh, the series of images highlight not only Abloh’s creativity in the clothes but his creativity in storytelling as it features the pre-teen and teen stages of boyhood.

Speaking to WWD about his debut campaign, Abloh explained: “With the campaign, I wanted to make something that is universal and human at the core. Inclusive and dense, something that has gravity. So I decided I was going to focus the campaign on boyhood, not men’s wear. What makes men? The different stages in one’s life, from infancy all the way through teenager, adolescent, young adult to adult.”

Keep your eyes peeled for more…

In the meantime, read more about Louis Vuitton’s first set of wireless earphones.