Michael B. Jordan fronts his first campaign for Coach 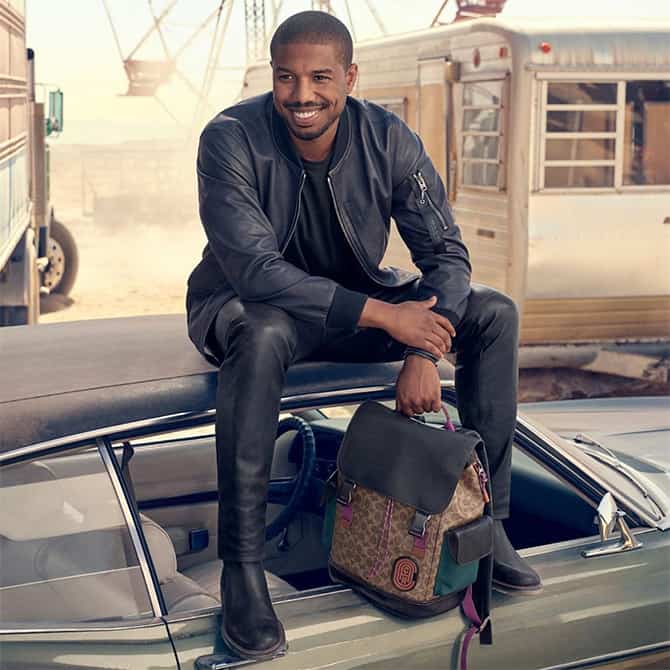 Last year, American brand Coach tapped Michael B. Jordan as their first-ever menswear face for the label and now, we finally get to see the Creed II actor make his official campaign debut.

It was revealed that the actor would be fronting the brand’s men’s ready-to-wear, accessories and fragrance, and the first images of his debut campaign capture Michael dressed in a colour-blocked shearling jacket, a blue leather moto and several bags, including the Signature Rivington Backpack, the Rivington Belt Bag and the Metropolitan Carryall.

The series of images are set at a faded carnival in the desert outside of Los Angeles, and the campaign was shot by British photographer Craig McDean, with the art direction under Fabien Baron. 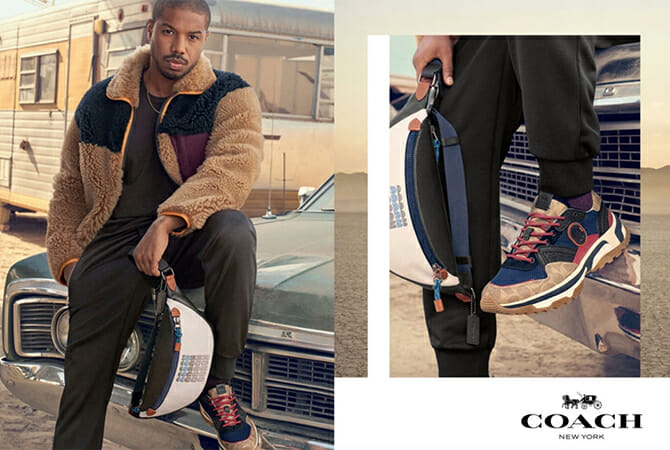 According to WWD, Coach’s Creative Director, Stuart Vevers, said: “I’ve really enjoyed getting to know Michael over the last few years. He has been a true supporter of Coach so it felt like a really natural step to collaborate more closely and create a partnership we can take to the next level.” 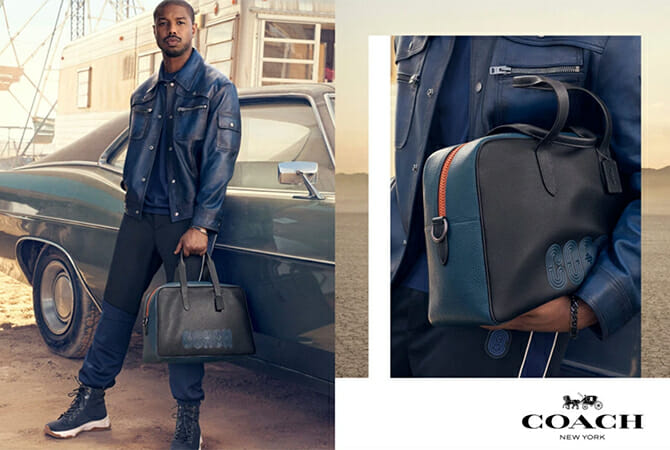