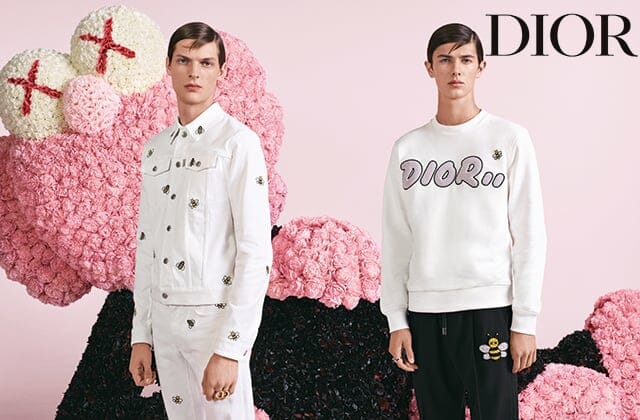 A few months after making his official debut at Dior Homme, Kim Jones reveals his first campaign for the house...

We first got a glimpse of what to expect from Dior Homme‘s new Creative Director, Kim Jones, at the Royal Wedding earlier this year when David Beckham wore a two-toned bespoke suit for the occasion. Then, the ex-Louis Vuitton designer officially made his debut during Men’s Paris Fashion Week with an impressive Spring/Summer ’19 collection.

It was a show to remember, not least because of a 33-foot-tall, clown-like figure (made up of 70,000 flowers) stealing the spotlight. Created by US-based artist, Kaws, the sculpture highlighted Jones’ collaboration with him since the collection featured a slew of capsule pieces too.

So it was only natural to continue Dior Homme’s affair with Kaws, starting with his debut campaign for the French fashion house.

Tapping Steven Meisel to photograph the captivating images, Jones explained that he wanted the campaign to “reflect the spirit of the men’s summer show and the beauty of Dior.” According to WWD, Jones said: “I’ve always wanted to work with Kaws, I think he’s super chic and also his work speaks to a lot of people.”

Take a look at the campaign images here… 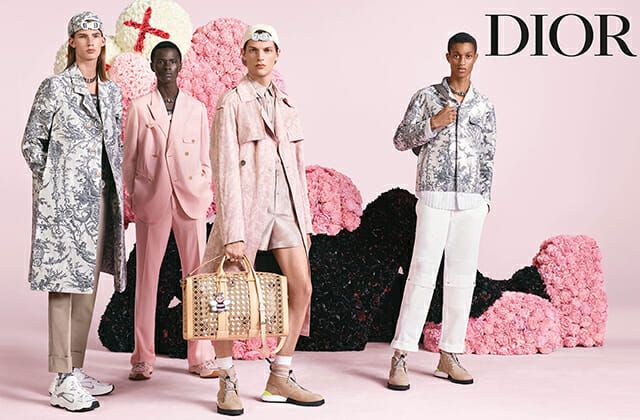 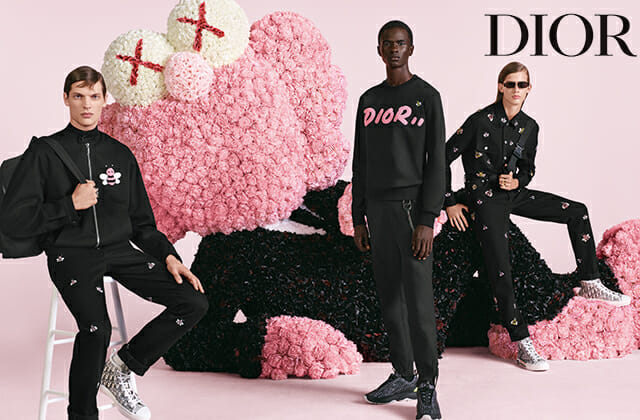 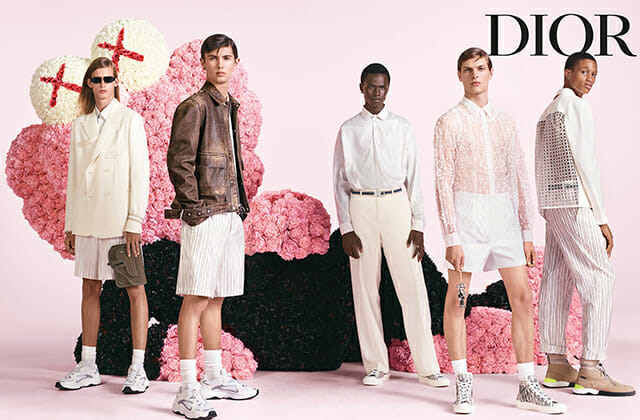 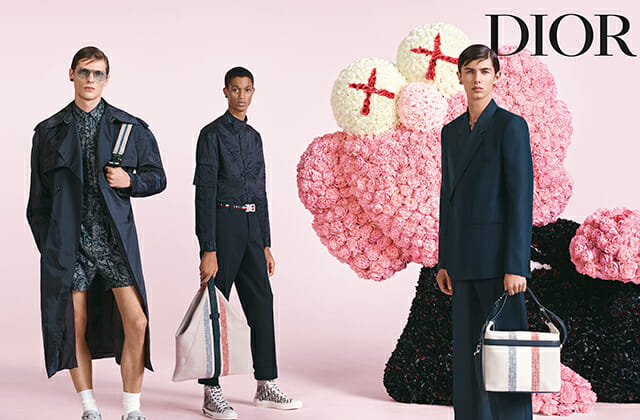 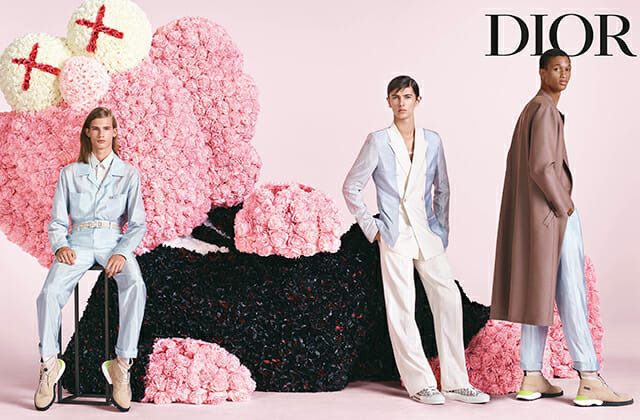