Read all about it
February 23, 2020
Meeran Mekkaoui 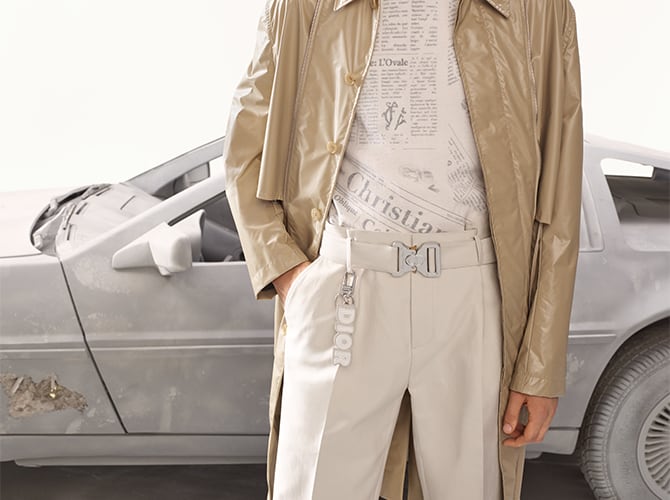 Kim Jones has teamed up with Daniel Arsham to bring back Dior's iconic newspaper print...

In its 74-year history, several designers following Christian Dior‘s passing have propelled Dior in a new and unexpected direction. From Yves Saint Laurent and Marc Bohan to Gianfranco Ferré and John Galliano, the designers led the label with their own artistic vision — each adding their own lists of accolades.

One such example would be when Galliano took over the helm and immediately made headlines when Princess Diana wore the first couture dress. Also, he debuted a newspaper print for his Spring/Summer 2000 Haute Couture collection and now, 20 years later, it’s being reimagined in a whole new light.

Kim Jones has teamed up with American artist Daniel Arsham to reprise the newspaper print (which was actually written by Christian Dior himself) which will be echoed on ready-to-wear including a nylon organza jacket and accessories such as the new masculine reinterpretation of the iconic Saddle bag, scarves and B23 high-top sneakers.

The collection also evokes a message to the distant future with a message reading, “COLLECTION ÉTÉ 3020”, simply meaning “summer collection 3020.”