Just in: Harry Styles is the new face of Gucci

The former One Direction singer has landed a top gig
March 6, 2018
Maddison Glendinning 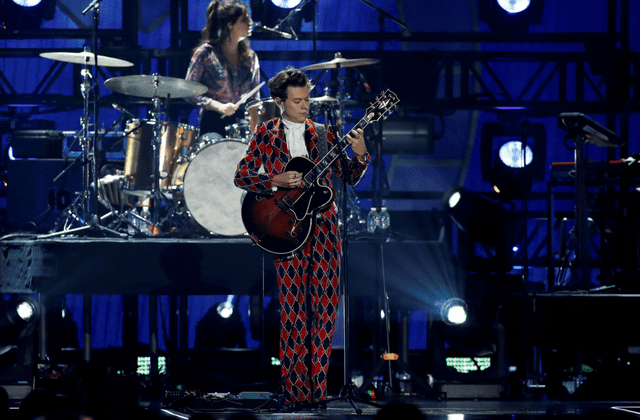 In a week filled with celebrity ambassador announcements, the latest news is one we've seen coming for a while...

Much like Margot Robbie’s appointment as an official Chanel ambassador, following a string of red carpet appearances in the brand’s pieces, the new face of luxury Italian brand Gucci has also long been a fan of the label’s maximalist designs.

Former One Direction singer Harry Styles appeared in a series of teaser posts on Gucci’s Instagram page overnight. In one shot, the singer’s head can just be seen below a fish and chips sign whilst another shot features only his hand as it pats a dog. In another, the star can be seen standing outside a store in what looks to be a long, flannel robe.

Looking behind the scenes on set: the new #GucciTailoring campaign, @harrystyles. #AlessandroMichele

Hand and hound: peeking on set with @harrystyles for the new #GucciTailoring campaign. #AlessandroMichele

An inside look on set: @harrystyles shooting the new #GucciTailoring campaign. #AlessandroMichele

Gucci confirmed that the star is indeed the new face of an upcoming tailoring campaign, but did not reveal any further information.

It seems as though this is a perfect match, given that Styles loves a statement suit and has worn the brand’s versions on more than one occasion. 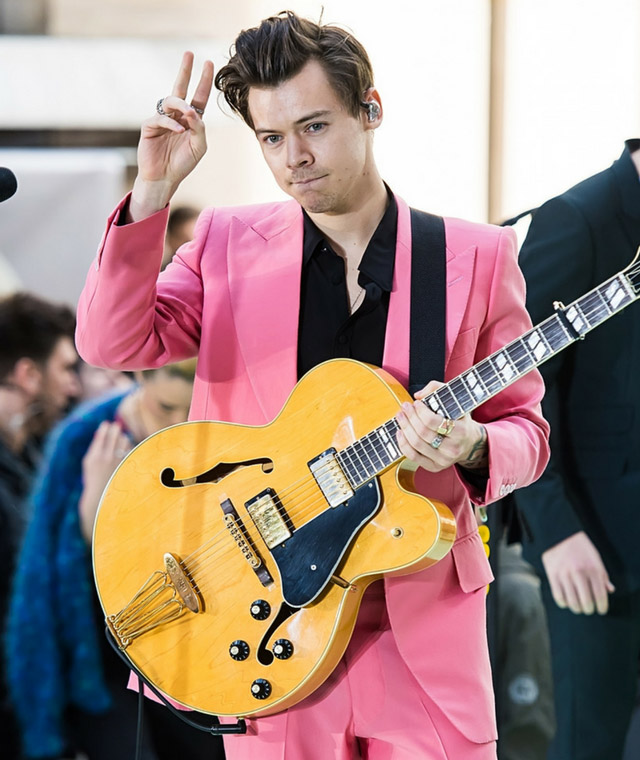 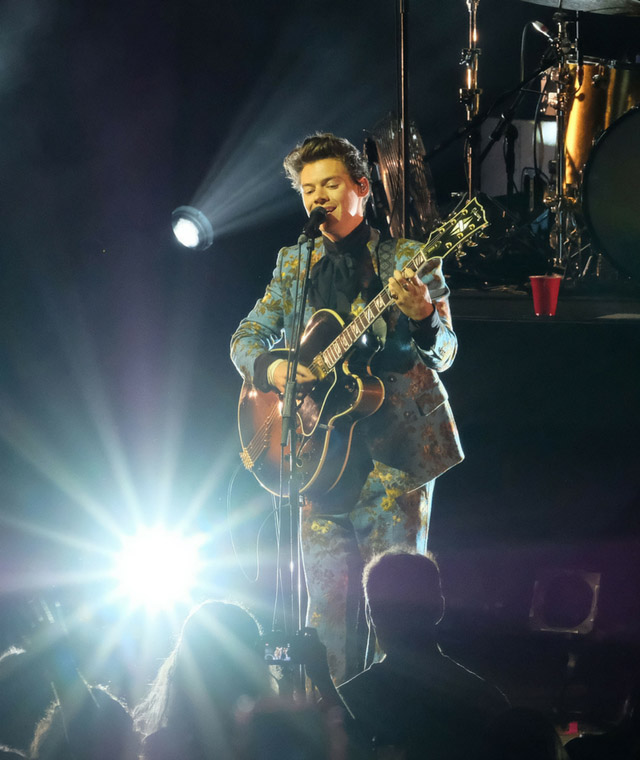 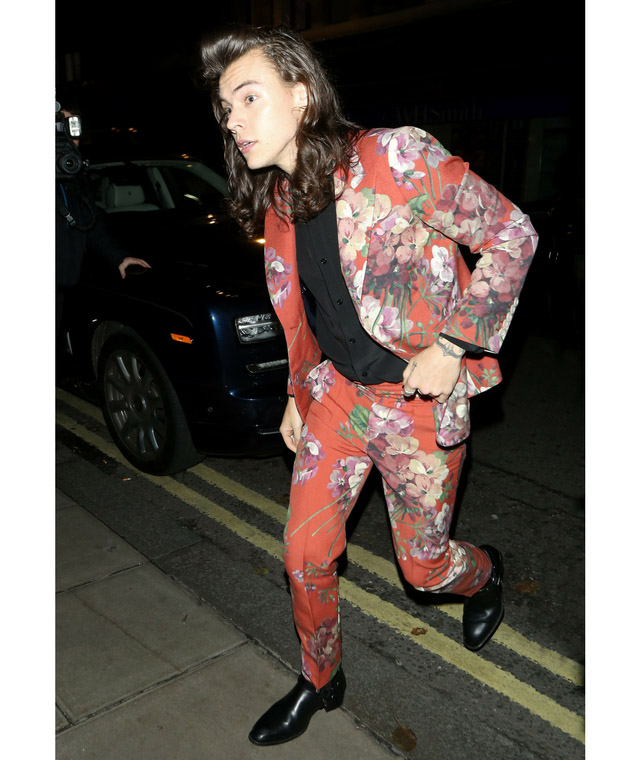 The new collaboration is not the first time Alessandro Michele has partnered with a musician, recently announcing that he will design Elton John’s final tour wardrobe.