The musician is officially on tour
April 24, 2018
Meeran Mekkaoui Just last month, Harry Styles was announced as the newest face to join the Gucci gang and has been seen donning Alessandro Michele‘s maximalist suits on several occasions including his musical performances.

Now, the former One Direction member is officially on tour and at his Perth concert in Australia, Styles stepped out in a completely different label, head-to-toe.

Here’s a sneak peek at the ensemble… 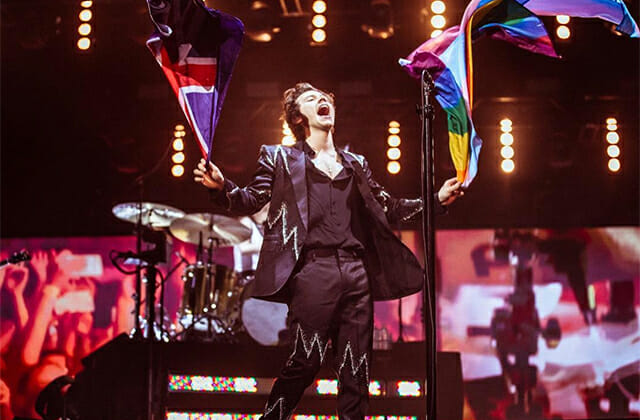 This isn’t the first time Styles has performed in Clare Waight Keller’s designs for Givenchy. The music artist wore a Spring/Summer ’18 monochrome suit by the label during his performance at the 2017 Victoria’s Secret Fashion Show in Shanghai last November.

Now, read about the sad passing of Hubert de Givenchy.