You can now get your hands on the in-crowd’s favourite menswear label, Alyx, in Dubai 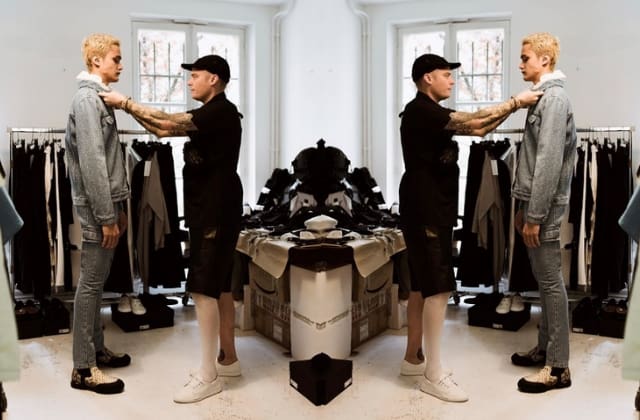 Cult streetwear brand Alyx has made its way to our shores. Here's why it's the name to know in menswear...

In 2015, Matthew Williams launched his own label, Alyx, with the aim to provide customers with high quality, attitude-laden streetwear-inspired separates that gave men and women a wardrobe that was at once functional, forward-thinking and fashionable.

Before launching his own line, Williams worked as a Creative Director for the likes of Lady Gaga and Kanye West, and also co-founded BEEN TRILL with none other than Virgil Abloh of Off-White and more recently, Louis Vuitton. He also recently collaborated with Kim Jones on his debut show for Dior Homme on a line of buckle accessories. Williams lives in Italy with his family — he moved them there from California so he could be closer to the factory where his pieces are manufactured — and last year, he launched his first menswear collection which has since been spotted on A$AP Rocky and Kanye.

Now, the brand’s utilitarian-inspired menswear offering has landed on our shores. Pieces from the F/W ’18 collection are currently available in Harvey Nichols — Dubai. The store has also picked up the label for S/S ’19.

Discover some of the pieces on offer below…

Now, find out which actor has been named as the new face of Coach.