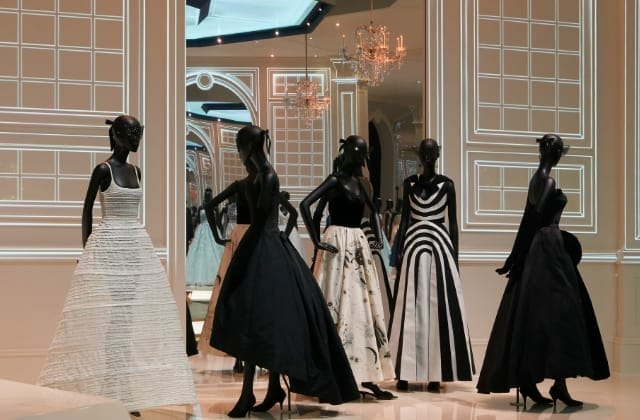 If you're planning a trip to London, swap the typical tourist traps for the Christian Dior: Designer of Dreams exhibition at the V&A Museum filled with loads of incredible archive pieces...

The Christian Dior: Designer of Dreams exhibition has been a highly anticipated event in our calendars for this year. After last year’s string of fashion exhibitions jet-setting us from one city to another, we’re already on the right track for 2019.

The V&A Museum in London has put on the biggest Christian Dior exhibition ever (it opened on February 2) spanning 11 rooms to be exact. It’s the largest exhibition the museum has curated since Alexander McQueen: Savage Fashion in 2015.

But this isn’t the first time we’ve had a taste of Dior’s rich history. Back in 2017, the house put on the exhibition to mark the luxury label’s 70 year anniversary at Musée des Arts Décoratifs in Paris.

The exhibition this year has gone above and beyond what we’ve seen before. Spanning from 1947 to the present day, over 200 rare Haute Couture garments are being shown alongside accessories, fashion photography, film, perfume, make-up, illustrations, magazines and the designer’s personal possessions.

One of the exhibition’s highlights is Princess Margaret’s Christian Dior Couture dress she wore for her 21st birthday portraits.

Take an exclusive look at the exhibition…

Start accruing your annual leave from now because the exhibition will run until 14 July 2019. Visit vam.ac.uk.