Inside the 2018 Fashion Group International’s Night of Stars 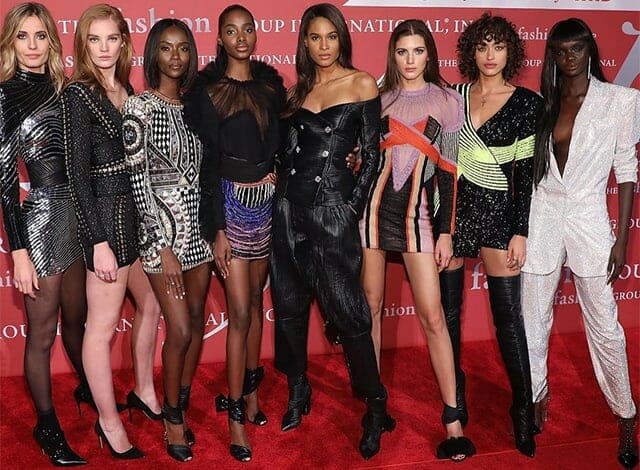 The fashion industry came together to honour some of the coolest fashion designers at a star-studded gala over the weekend...

Another year of the Fashion Group International’s Night of Stars gala took place in New York over the weekend and to say that it was a star-studded affair, would be an understatement.

From fashion designers to models and some of the industry’s most prominent figures, guests were in attendance to honour and recognise those who champion certain values such as philanthropy, sustainability and innovations in their designs, and there was a slew of well-deserved winners.

Co-hosting the evening alongside Calvin Klein and Donna Karan, Vera Wang was a big winner and took home the Superstar award for her 28 years of service to the industry, whilst other notable talents including Anna Sui, Kenzo’s Carol Lim and Humberto Leon and Balmain’s Olivier Rousteing who each took home a Fashion Star.

In attendance, models including Cindy Bruna, Duckie Thot, Riley Montana, SooJoo Park, Sailor Brinkley and Coco Rocha all gathered to show their support for the designers.

See some of our favourite red carpet arrivals here…

Now, take a look at which major models walked the H&M x Moschino fashion show over the weekend.