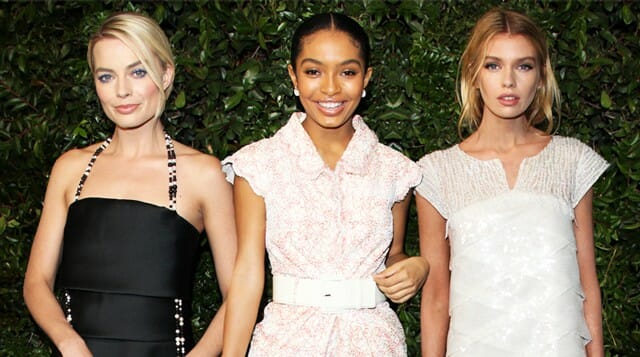 There's less than 24 hours until the 2018 Oscars take place and we've already spotted some A-listers at pre-Oscars parties over the weekend. Take a look here...

One of the biggest nights in Hollywood is set to take place tonight and this weekend saw a pretty stellar series of A-list parties and annual gatherings leading up to the 2018 Oscars.

Kicking off Oscar weekend in true luxury, Chanel (who just released a new campaign with Kaia Gerber) teamed up with Charles Finch for its 10th consecutive year and hosted a pre-Oscars Awards dinner at Madeo Restaurant in Los Angeles.

Although it was announced that there will be no all-black dress code at the Oscars (a move that heads in a different approach from the BAFTAs and Golden Globes), stars on the invite lists were not shy of the powerful hue.

Now, find out more about the #AskMoreOfHim Campaign, launched by men of Hollywood overnight.