The uniform dressers: An ode to the ones I love to hate 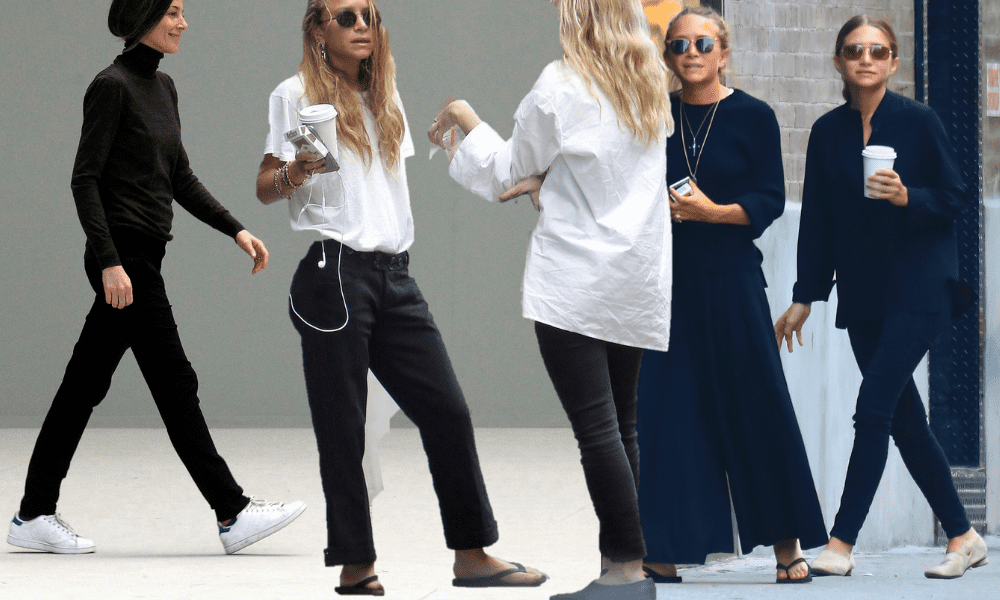 I have a certain fascination with women who embody a personal uniform.

You know the type. The ones touting the honed signature look, unfazed by trends, donning their specific haircuts and perfectly edited wardrobes on repeat, making novelty look so garish.

Those women whose entire sartorial choices seem to be on autopilot: intentional and measured, yet full of ease and appropriate for any situation without any major deviation from their daily norm.

I love to hate them.

For their rigor, their unflinching point of view and their conviction to fight the urge for this season’s stirrup pant or ridiculous square toe shoe (guilty, never mind the multitude of midriff tops I’ve amassed for no logical reason) – and settle on something as pedestrian as double denim and beige all year long, never looking apologetically stale or stately.

No second guessing. No presumed f*%k’s given.

Because let’s face it, wearing a variation of the same ensemble could potentially get tired, and equally tiring. Resisting the temptation of chasing trends (power prints! grandma chic! skin is in!) is no small feat. For fashion is nothing if not fickle, feeding on our incessant need for re-invention to an upgraded, glossier A/W version of ourselves.

A personal uniform, and the women who wear them, in contrast do not play to that.

This season’s caustic green won’t send them into a short circuit frenzy. Boiler suits will come and go. Minis will be the next maxis and then shrink up again.

Yet, they won’t be fazed. Won’t bat an eyelash, or silently (and maniacally) add to cart all the items they NEED for their new improved selves, relying instead on their single-minded proposition that’s been whittled down with discipline, good taste, and restraint. Maybe it’s a genetic predisposition, or maybe she’s born with it? I don’t know, but I do love to hate her for it.

But, if I’m being totally honest here, all that effortless ease that comes with the territory of the uniform dresser, seems a tad more exhausting, and perhaps more predetermined than they would like you to think. For all its seemingly utilitarian and functional proposition – all that buzz around alleviating the trauma of daily decision overload – there’s more than a soupcon of self-awareness, and dare I say, self-indulgence, to carefully crafting these personal style tropes under the honorable guise of practical utility.

Oh yes. A relatively non-descript uniform of crisp button-down shirts and cuffed Japanese selvedge jeans? That probable took years, and an expensive tailor, to hone. An All-Black wardrobe of varying volumes worn exclusively with low-brow Converse? At least a decade of rigorous editing.

While the rest of us were busy hoarding and trying out new looks – only to eventually end up all wearing the same new looks; the dear practical, under the radar, utilitarian Uniform Dresser, outdressed us all, standing out for always looking precisely the same. Every. Single. Time.

Oh. They are so good.

They made Fashion Groundhog Day the ultimate style statement.

Well, two can play at that game. I’m taking stock. Going back and editing hard. Carefully sifting through my closet to peel off what no longer serves me and hone in on my personal style signifiers: pieces that I already tend to wear on rotation (no, this does not include gym gear) and which make me feel like the best version of myself.

I’m guessing a lot of high waisted pants will surface, along with an ongoing accolade to Jolie Laide shoes. A definitive nod towards blazers and body suits, maybe a commitment to never wearing pink.

Next, an accessory that connects the narrative of my visual vernacular. This can be oversized Wayfarer style sunglasses, a string of matronly pearls worn with my exploratory future uniform, and hair in a constant state of disarray.

Ultimately, the greatest virtue of the of the personal uniform is not so much dressing up for the person you want to be but acknowledging and celebrating the one you are.

A painstaking process that when delt with the aptitude of a deft hand, makes you look and feel so damn collected, so artfully effortless, so uniquely yourself.

Damn, I would love to be hated for that!